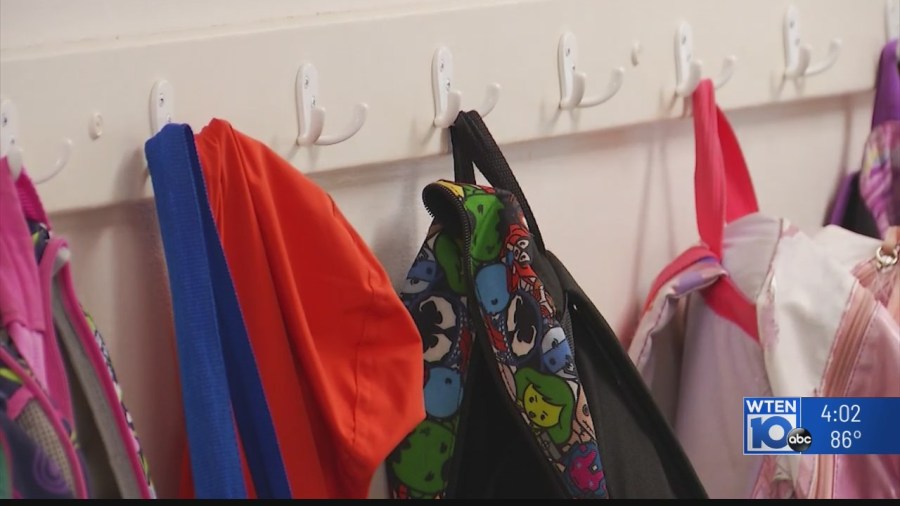 ALBANY, N.Y. (NEWS10) — The YMCA has spent the last 30 years standing solid, supporting Capital Region families with before and after school childcare, camps and clubs, but for the first time, those programs are on unstable ground.

“We are one of the oldest and longest running childcare programs, so this is really a surprise to us this year. This is the worst hiring crisis we’ve ever seen,” says Capital District YMCA Marketing Director Emily Lang-Anastasio.

She says the non-profit is short around 150 staff members. Without some serious hiring, they won’t be able to accommodate the 1,400 kids already enrolled in local programs, plus all the post-pandemic demand.

“What’s different about this year is that we were trying to expand our childcare sites as more kids are going back to school in person, and the demand was increasing as parents are returning back to the office,” Lang-Anastasio explains to NEWS10’s Mikhaela Singleton.

Lang-Anastasio says if the YMCA can’t staff all its programs, there could be serious ripple effects for the greater area economy.

“Essentially, you know, you’re already dealing with the community — especially in our urban environments, our Albany school districts and Schenectady — who are already lower income, who are already maybe struggling to make ends meet, and without child care, they may have to quit their jobs,” she says.

“The CDYMCA is committed to diversity, equity and inclusion, knowing that these efforts create better opportunities for all,” writes Dave Brown, President and CEO of the Capital District YMCA, in a Saturday press announcement. “Statistically speaking, when childcare locations close, communities of color are economically impacted the most. We are working hard to prevent this crisis in our communities.”

Fortunately, the YMCA has a plan to pick its staffing up off the ground. There will be several hiring fairs at different YMCA locations until September 8 and recruiters are taking to college and high school campuses to spread the word.

Lang-Anastasio says the ones they really don’t want to disappoint are the kids.

“We really have the best kids and they love it here. They get to play activities, they get to hang out with their friends. We obviously do wellness and fitness programming which is really important for their mental health as well, so it’s really wonderful for everyone involved, and we would just hate to see that not be able to happen this year,” she says.

The upcoming hiring fairs are as follows: