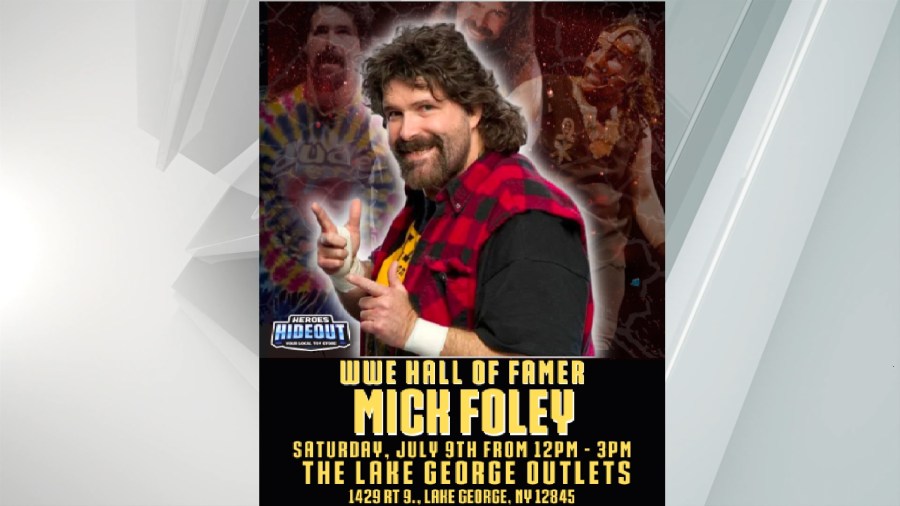 LAKE GEORGE, N.Y. (NEWS10) – WWE Hall of Fame member Mick Foley is headed to the village of Lake George. The wrestler and actor was announced last week to be making his way to Heroes Hideout, a pop culture store at the Lake George Outlets.

Foley, who has come to Lake George before, will visit Heroes Hideout from noon to 3 p.m. on Saturday, July 9. The outlet mall location is at 1429 Route 9 in Lake George. Autographs are priced at $40, cash only.

Foley isn’t the only wrestler coming to Lake George – or to a Heroes Hideout location. The store, specializing in Funko Pop figures and other merchandise, also operates a location on Canada Street in Lake George. Fellow WWE Hall of Famer Rikishi is coming to the downtown location from Noon to 3 p.m. on Saturday, Aug. 27.