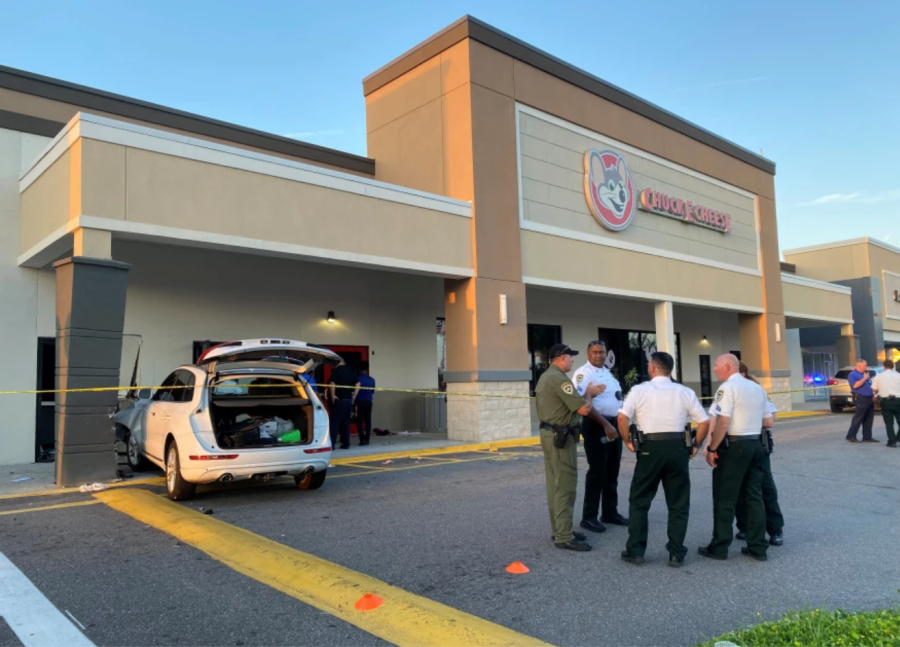 BRANDON, Fla. (WFLA) — Sheriff’s deputies in Florida responded to an incident at a Chuck E. Cheese in Hillsborough County Saturday. According to a release from the sheriff’s office, deputies got multiple calls reporting shots fired at the Chuck E. Cheese at 1540 W. Brandon Blvd. at around 5 p.m. Deputies said it started with a fight inside the restaurant.

A private security guard was trying to get the crowd to take the fight outside when a woman pulled out a gun “inside the vestibule of Chuck E. Cheese,” the press release said. The sheriff’s office said the guard tried to get the gun away from her, but she dropped it outside the building.

That’s when another woman picked up the gun and fired at least one shot into the air. She also lost possession of the gun. Then, a third woman picked it up and put it inside a car, according to the sheriff’s office. Hillsborough County deputies said all three women were taken into custody and no shooting victims were located. A man involved in the altercation was also taken into custody.

The sheriff’s office said a white Audi crashed into the front of the building while the group was fighting. Two women and a child were taken to the hospital with non-life-threatening injuries. A male driver was also taken to the hospital, but deputies aren’t sure how he was involved in the incident.

“I am grateful that nobody was seriously injured as a result of this incident,” Hillsborough County Sheriff Chad Chronister said. Chuck E. Cheese released a statement, which said in part: “We want to assure our guests that we take great measures to protect the experience children and families have in our venues. The safety of our guests and employees is our number one priority.”