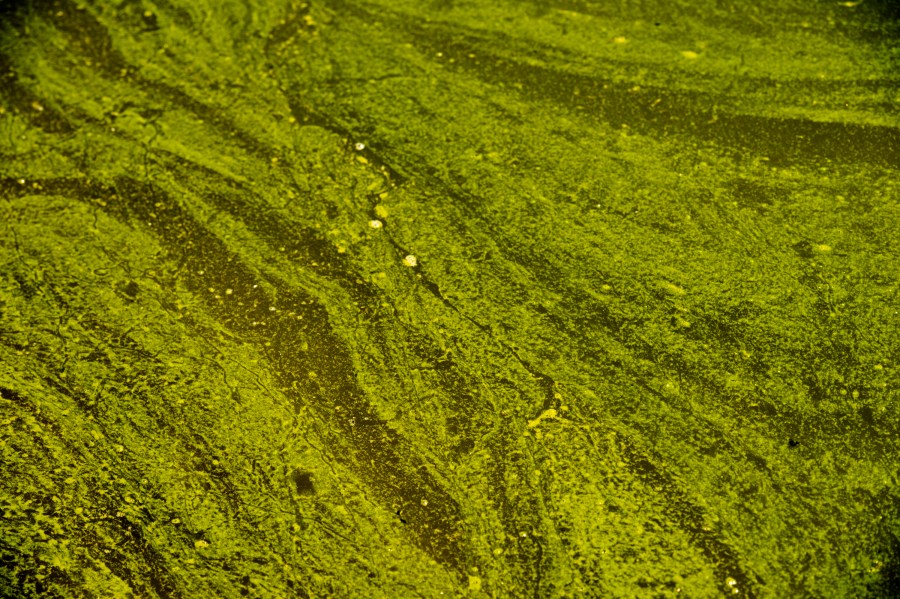 ALBANY, N.Y. (NEWS10) — Harmful algae blooms have recently been reported in Saratoga Lake, Washington Park pond in Albany, Snyder’s Lake in North Greenbush, Lawson Lake in Feura Bush, and other places in the Capital Region. When it comes to these harmful algae blooms, the New York State Department of Environmental Conservation (DEC) said residents should “Know it, Avoid it, and Report it.”

Harmful algae blooms vary in appearance. They can look like scattered green dots in the water or long, linear green streaks. It can also look like pea soup or green paint. DEC said they can also vary in color from green to blue-green to white. If you see this type of discolored water, you and your pets should avoid it.

The DEC said some harmful algae blooms produce toxins, while some do not. However, exposure to either can cause health risks in people and pets when water with blooms is touched, swallowed, or inhaled. Exposure to high levels of harmful algae blooms can cause diarrhea, nausea or vomiting, skin, eye or throat irritation, and allergic reactions or breathing difficulties.

According to the DEC, it can be hard to tell a harmful algae bloom from a non-harmful one. It’s best to avoid swimming, boating, fishing or other recreational activities in discolored water that looks like it may have a bloom.

After a suspected harmful algae bloom is reported, the DEC uses visual observations, photos, and laboratory sampling results to see if a reported bloom has cyanobacteria, which would indicate a harmful algae bloom, or another type of algae.


Best cheap eats in Glens Falls, according to Tripadvisor

The map also reports the extent of the bloom in a body of water, which falls into one of the following categories:

The DEC said it works with the DOH after a harmful algae bloom is reported to determine if there is a potential impact to public water supplies. DOH reviews the information and works to ensure that drinking water remains safe.

If you suspect you found a harmful algae bloom, the DEC asks that you take a photo and report it through the online form on DEC’s website. Symptoms or health concerns of harmful algae blooms should be reported to the New York State Department of Health (DOH) at harmfulalgae@health.ny.gov.