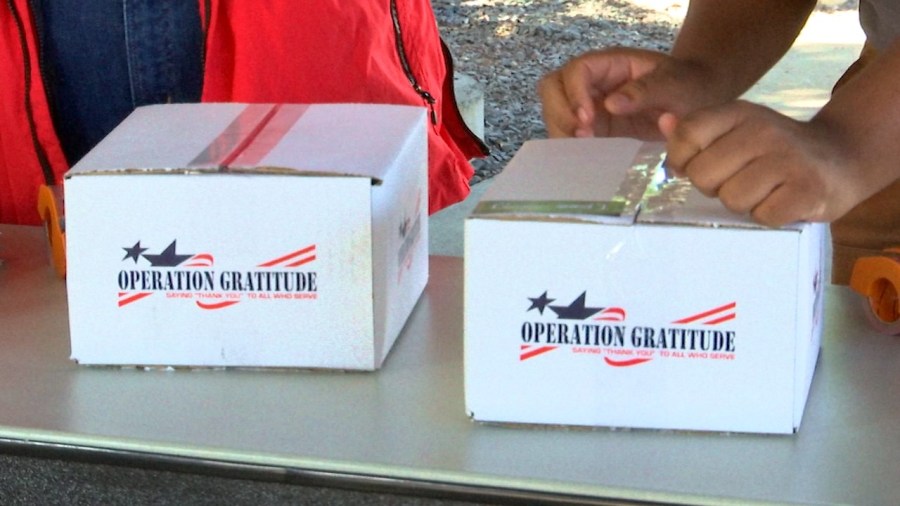 TROY, N.Y. (NEWS10) — Volunteers gathered at Joseph L. Bruno Stadium Saturday to give back to deployed troops aiding Ukrainians in their ongoing war against Russia just days after Ukrainian Independence Day and the official 6-month mark of the war.

The event is part of CSX Transportation’s Pride in Service Community Investment Initiative in collaboration with Operation Gratitude.

“Putting a little blood sweat and hopefully no tears into putting these packages together to help those that are serving our country,” John Kitchens, Director of Corporate Citizenship at CSX Transportation said.

2,500 care packages were assembled with snacks, personal care and hygiene products, and handmade items. These packages will support deployed troops in Eastern Europe, including the entire crew of the USS Gunston Hall.

Most importantly — each package includes a handwritten letter thanking them for their service.

“We put several letters inside of the boxes and it’s just people saying thank you for what you’re choosing to do. We’ve had some people keep that letter in their pocket for their entire time tha they’ve deployed just as a reminder that they’re not alone and that they’re appreciated,” Melisa Griffith, Chief Development Officer at Operation Gratitude, said.


Driver seriously injured after crash on Thruway in Albany

Kitchens said they’ve heard back from some troops who received letters in the past — making the impact of those letters even more meaningful.

“They’re still giving and they’re still making sacrifices so it’s so important we don’t forget about them now and we continue to do wonderful events like today,” Kitchens said.