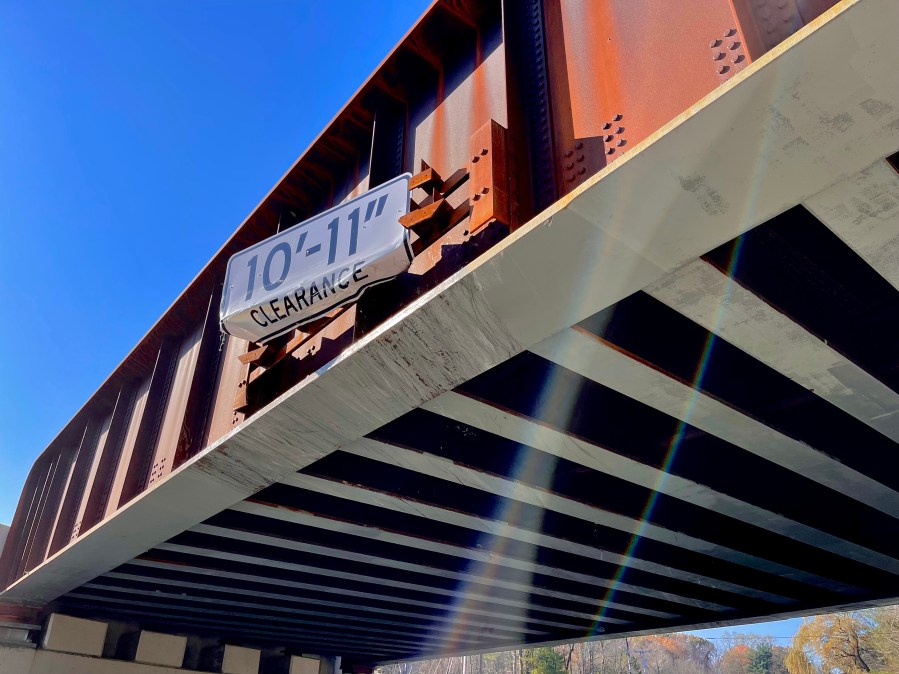 GLENVILLE, N.Y. (NEWS10) — Another truck has hit the infamous Glenville rail bridge for the second day in a row. The strike happened before 11 a.m. Saturday morning.

Glenville Town Supervisor Chris Koetzle said there are no injuries. However, another car was hit with some debris from the crash.

In July, a turnaround was installed to provide trucks and other overheight vehicles a space to turn around before hitting the low-clearance bridge. The New York State Department of Transportation (DOT) previously said that there are 14 signs in both directions of the bridge warning of the height, as well as flashing beacons and pavement markers.


Yet another truck strikes the Glenville rail bridge

This comes a day after another truck the bridge. The driver said a motorhome traveling ahead of him, which was able to pull into the recently completed turnaround, blocked his view of the several signs warning of the low clearance ahead.

Plans are underway to install an electronic detection and active warning system at the bridge. When an overheight vehicle travels underneath the detectors, the nearby beacons will flash and an electronic message board will warn the operator that their vehicle is too tall to fit under the bridge. The system will also send an alert message to DOT’s 24-hour Transportation Management Center.