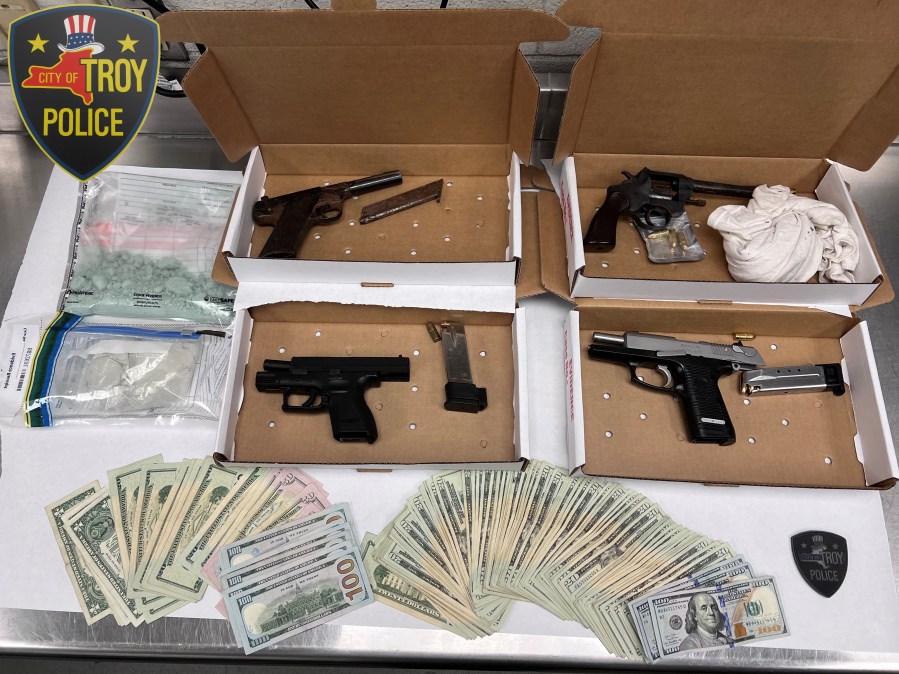 TROY, N.Y. (NEWS10) — The Troy Police Department said it has seized eight illegal handguns over the past two weeks. In an incident on August 10, officers arrested a wanted man and seized four handguns, drugs, and money.

The items were seized from a home on 3rd Street in South Troy during a search warrant. During the incident, police arrested Quadrell O’Neill, 40, of Troy, as he was actively wanted by Albany County Court for a Bench Warrant.

Police said the warrant was issued after O’Neill was convicted on narcotics and weapons charges. He had been sentenced to 10 years in prison and had failed to report to Albany County Court to begin serving his sentence.

“Simply said, your Troy Police Department continues to demonstrate their commitment to our community daily by pursuing violent criminals,” said Assistant Chief of Police Steven Barker. “While we maintain a variety of approaches necessary in modern-day policing, specifically in our community-policing-centered response and evidence-based practices, our members remain willing to confront violent actors while doing so professionally. This is due to the combined experiences, training, and expectations among peers and supervisors, an environment that has been long-standing throughout the department.”