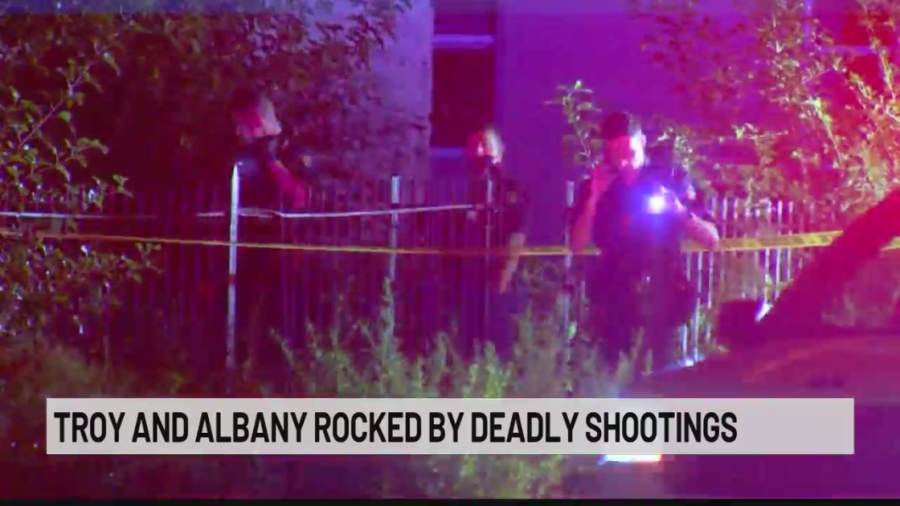 Capital region violence erupting Saturday night. We start in troy where police say they were called to a shooting outside in the area of 151 6th avenue around 1130pm for calls of a shooting.

Once on scene police found a 14-year-old suffering from several gunshot wounds. Police and emergency services providing lifesaving medical attention at the scene. The boy was transferred to an area hospital where he died.


14-year-old shot and killed in Troy

Mayor Patrick Madden tweeting in part, “like many Troy residents, I am both shocked and outraged at the senseless loss of another young life to gun violence in our community…my office is supporting the investigation by troy pd who have committed the resources necessary to bring those responsible for this crime to justice.”

Troy police telling us this is an active investigation, and more information will be available in the coming days.

The violence then erupting on the streets of Albany. Police say they were called to the area of Hudson Avenue between Quail and Ontario Streets to break a large crowd fighting in the streets around 3 a.m.

As police tried to disperse the crowd, they say the group began throwing glass bottles at the cops and fighting the officers. That is when police say they heard gunfire coming from a block away on Hamilton and quail.

Once on scene, police tell us they discovered evidence of a shooting and five victims suffering from gunshot wounds aging from 19 to 29 years old.

Two of those found are listed in critical condition. Later, Schenectady police say they received a call from a 17-year-old female who claims she was shot on Hamilton Street. Police there confirming she had been shot in the abdomen and was then transported to Albany Medical Center with non-life-threatening injuries

Mayor Sheehan saying in part, “the depraved indifference of firing a gun into a large crowd with police officers literally around the corner shocks the conscience…” Then turning to the universities in the area by stating, “we work closely with local universities and colleges in the city of Albany to attempt to prevent these large gatherings from occurring and ensure the public’s safety.”

University of Albany firing back with the following, “based on the information shared with the University so far, none of the victims in this morning’s shooting was a UAlbany student. Nevertheless, our thoughts are with those injured and their loved ones, and we hope for a swift recovery.”

Both are developing stories and we will continue to update you on air and online with the latest at NEWS10.COM