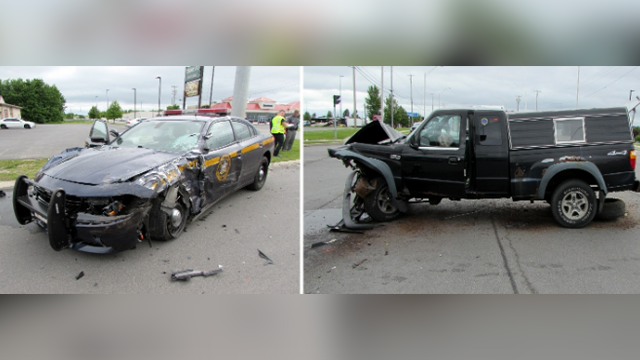 According to NYSP, around 8:25 a.m. on June 18 State Police in Watertown responded to a two-car minor personal injury crash at the intersection of State Route 3 and County Route 202. The report stated that the crash involved an NYSP patrol car.

Trooper Christopher Wyant was transported to Samaritan Medical Center in Watertown for minor injuries, where he was treated and released. Bazinet was not injured in the crash.