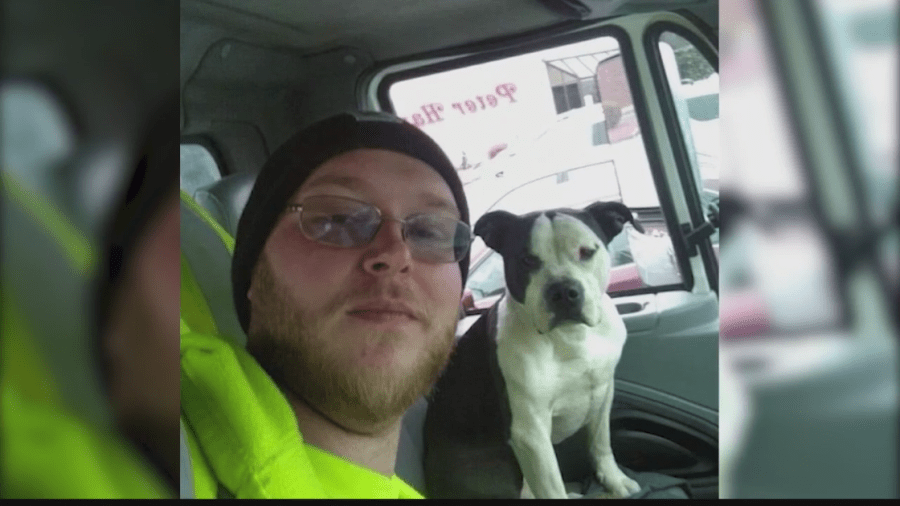 A 33-year-old tow truck driver was killed Thursday night after police say a drunk driver veered off the roadway and crashed into him as he was working on a stranded vehicle.

William Hafner of TowAway LLC says 33-year-old Alex Bleickhardt returned to the area four years ago and began working for him.

On Thursday night Police say 41-year-old Justin Rodriguez left the roadway on the Northway and crashed into a box truck, tow truck and the tow truck driver, Bleickhardt who was pronounced dead at the scene.

“He came back and his first day was actually a heavy wreck call and he fell in love with it. And, pretty much said, hey, I’m not leaving, this is home,” says Hafner.

“He was full of life. The TowAway really became his family,” said Hafner.

State Police say Rodriguez had four previous DWIs and was driving on a permanently revoked license.

Thursday night Bleickhardt was on a call like any other night, he was not alone. Moose his canine companion was with him. Hafner telling us the two were inseparable.

“You know, keep the steady flow of qualified operators particularly in this case being heavy and then the second part is around the safety part keeping them all trained,” said Hafner.

Hafner believes a couple of things could have changed this tragic outcome.

“More tickets written around move over and slow down I think the second part is when we get to the court systems, they seem to bring them down a parking tickets,” says Hafner.

Roosevelts Towing in Canajoharie lost a driver in 2016 and Warren Roosevelt Jr. says they now send two vehicles on scene to interstate calls. To do it safely, so there is plenty of visibility on a busy highway.

New York State has move over laws in place. Towing companies reminding drivers when you see bright flashing lights, slow down and move over, it can potentially save a life.

Tonight, Hafner asking everyone to keep Bleickhardt and his family in their thoughts and prayers.

“We really wish him the best of luck and we’ll carry the chains from here,” said Hafner.