LEHMAN BROTHERS has a bad name for triggering the US economic collapse in the mid 2000s.  But, as they say ‘any publicity is good publicity.’

Barclays purchases a number of Lehman Brothers businesses and accompanying goodwill back in 2008 as part of the bankruptcy proceedings.  That exchange included ownership rights of the LEHMAN BROTHERS trademarks.   But, Barclays was not using the marks and allowed their registration to expire. 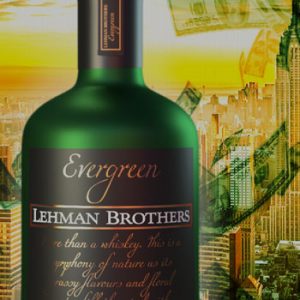 At that point Tiger Lily entered the stage and applied to register the LEHMAN BROTHERS mark for its use its whisky. The spirit of the Lehman Brothers.  Barclays opposed the whisky registration and also applied to re-register its mark.  The TTAB agreed with Barclays holding particularly that (1) Barclays had not abandoned its common law mark; (2) there is a likelihood of confusion between the marks; and (3) Barclays provided sufficient evidence that it has a good faith intent to eventually begin using the mark again.

With regard to likelihood of confusion, the TTAB pointed particularly to the fact that lots of LEHMAN BROTHERS branded collectable items (including some alcohol) are still being traded by collectors–its like the new Nazi paraphernalia?  This collector  conclusion raises a number of interesting questions about the role of trademarks. Even if this is a good theory, I would suggest that collectors are among the most sophisticated buyers, always on the lookout for counterfeits and so would require a fairly high level of confusion.

On appeal, the Federal Circuit has affirmed — The Whisky mark is cancelled, and Barclay’s mark remains.

It is clear here that whisky registration was seeking to free-ride upon consumer recognition of the Lehman Brothers name.  But, Tiger Lilly suggests that its case here is different because it is lampooning Lehman Brothers.  It is not trading on the “goodwill” but rather the “bad will.”  On appeal, the Federal Circuit rejected this claim — finding “no legal support for these subtle distinctions.”  Rather, “Tiger Lily’s attempts to capitalize on the fame of the LEHMAN BROTHERS mark  weighs in favor of finding a likelihood of confusion.”

The court’s other important ruling in the case focuses on the expectation that owners of trademarks will extend their use of the mark into other fields.

[I]n modern consumer markets commercial trademarks are often licensed for use on products that may differ from the original source of the trademark. . . . As a legal principle, because the LEHMAN BROTHERS mark has achieved a high degree of fame, it is afforded a broad scope of protection. Our precedent makes clear that a famous mark “casts a long shadow which competitors must avoid.”