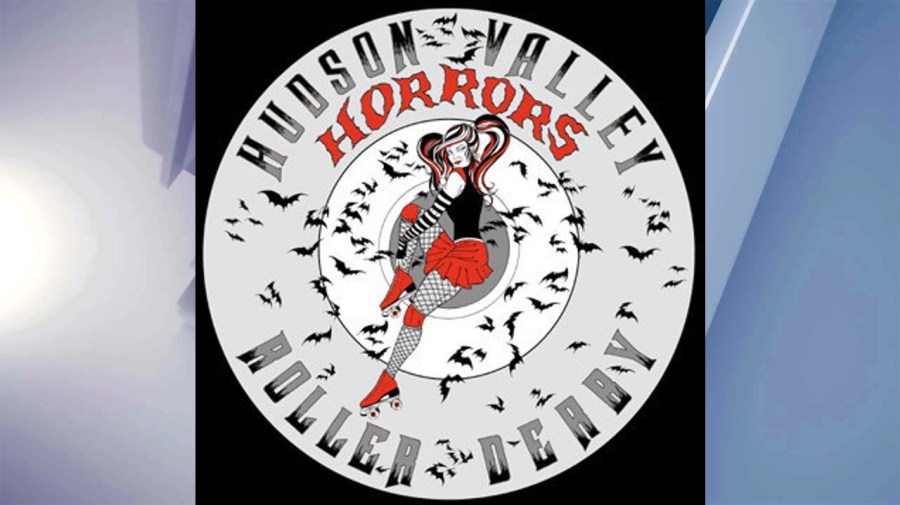 HYDE PARK, N.Y. (NEWS10) – Hyde Park-native roller derby team “The Hudson Valley Horrors” (HVHRD) was formed in 2006. After a COVID hiatus, they are back and ready to stir things up in the Hudson Valley, and boot camp is coming up on September 15.

Boot camp runs from 6:30 p.m. to 9 p.m., and costs $30 per person- including the lesson, protective gear, and skates. No experience is required; the team will teach you everything you need to know!

A former athlete who yearned for something more, HVHRD founder Jeshurun Nickerson, now known as “Rxy Ramalotte,” was bitten by the derby bug after watching the A&E television series Rollergirls. The aspect of the full-contact sport, along with mini-skirts, fishnets, athletic training, and the possibility of “having it be like Halloween every day” is what drove the newly-named Rxy Ramalotte to pursue starting a team in the Hudson Valley area, she said.

Roller derby, as a sport, has an adaptive history. The activity started as racing on skates, which evolved into a more theatrical sport for entertainment, and then moved into the competitive sport as we know it today.

HVHRD is housed at Hyde Park Roller Magic, its home since December 2006. In 2009, the squad added a b-team, the “zomBsquad”, and a men’s team. They are in the process of starting a junior flat track roller derby association.

The upcoming boot camp is open to skaters eight and older. If over the age of 18, sign up for the “adults” age group when registering online. Otherwise, choose the “juniors/kids” category.

Juniors-only boot camps, designed specifically for those between the ages of eight and 18, have also been scheduled for Thursdays in August, starting on August 4. All events are held at the team’s home base, Hyde Park Roller Magic, from 6:30 p.m. to 9 p.m.