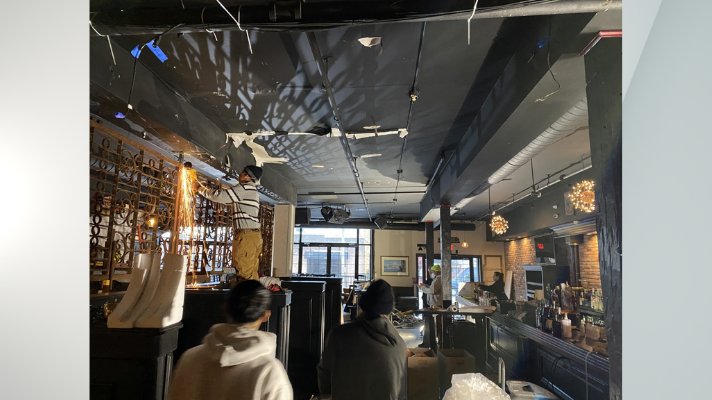 ALBANY, N.Y. (NEWS10) – The Copper Crow, a staple in Albany’s warehouse district that was closed in mid-January after a flood, is set to reopen on July 15. Frozen pipes in the warehouse above sent over 65,000 gallons of water cascading through the establishment on January 16, causing its months-long closure. Once it re-opens, the restaurant will be open Tuesday through Thursday from 5 p.m. to midnight and Friday and Saturday from 5 p.m. until 1 a.m.

The land upon which The Copper Crow sits has a long and storied connection to the City of Albany’s heyday as one of the nation’s brewing centers. Andrew Kirk first opened a brewery at the site in 1832, and the current building was operated as a brewery and malt house by nine different companies until just after the turn of the nineteenth century, producing primarily ales and porters. The Dutch Revival facade of the building dates back to a 1912 renovation by then-tenant George Spalt & Sons, a cabinetmaker, and manufacturer of office furniture.

While water damage from the January flood was extensive, there was no structural damage done to the historic building. Owner Jason Pierce credits the saving of the building to Capital Restoration Services, and their industrial heaters, fans, and strategically injected drying agents. Only two end portions of the back bar had to be rebuilt, he said.

The majority of the ceiling, the back third of the restaurant, portions of the bathrooms, and the center vestibules were all partially or completely reconstructed. Pierce said you would never be able to tell the difference.