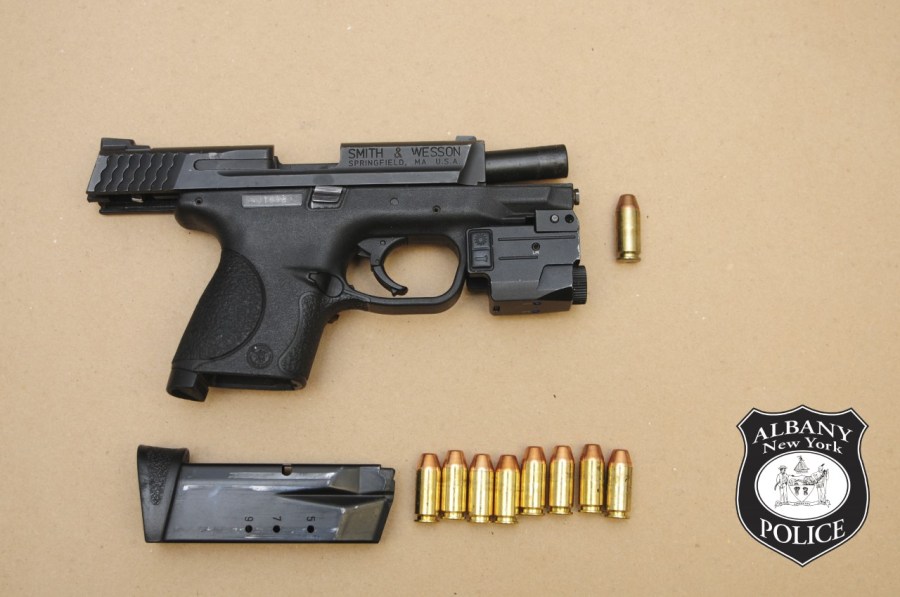 ALBANY, N.Y. (NEWS10) — An Albany teenager, who was arrested in March for a robbery, has been arrested again after police said he caused a domestic assault with a stolen handgun.

Around 8:30 p.m. Sunday, police were called to a home on Second Avenue for an assault involving a handgun. The victim told police her 17-year-old son pointed a loaded handgun at her during an argument. He also allegedly hit his 15-year-old sister in the face with the gun, causing an injury.

The teen was later spotted in the area of Lexington Avenue and Sherman Street. Police said he ran on foot when approached but was quickly taken into custody. He was found with a loaded .40 caliber handgun that had been reported stolen out of Las Vegas.

He has been charged with the following:

He was arraigned in Albany County Family Court and sent to juvenile detention. His identity is not being released due to his age.