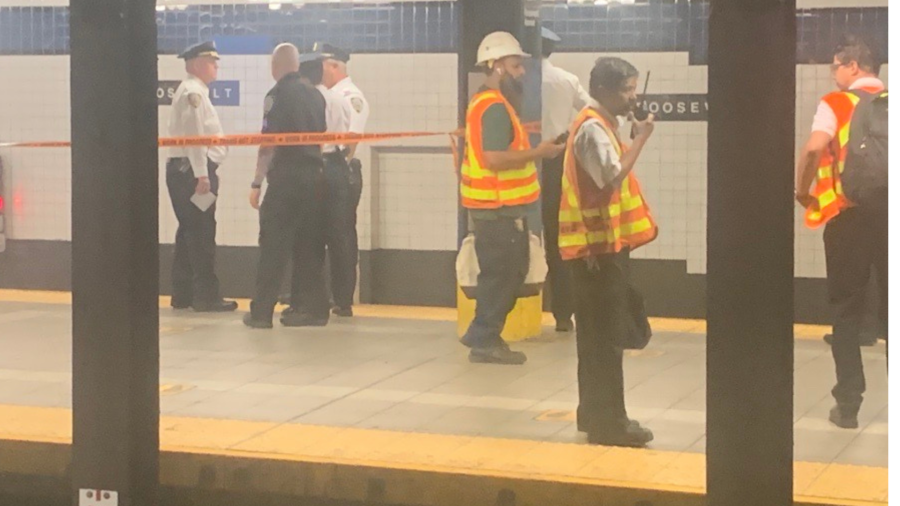 JACKSON HEIGHTS, Queens (WPIX) — A 15-year-old boy lost his arm in a subway surfing accident in Queens Monday morning, according to police and law enforcement sources.

The incident occurred at the 74th Street and Broadway stop in Jackson Heights at 10:24 a.m. The northbound R train was pulling away from the station when the teen was hit, according to an NYPD spokeswoman.

The teen fell while subway surfing and was found with a severed arm underneath the train. Surveillance video shows the train leaving the station when the injured teen emerges yelling for help and bystanders pull him onto the platform, sources said.

In July, NYC Transit President Richard Davey urged people not to ride on top of trains. He said there had been hundreds of instances of subway surfing in 2022.

A number of people have suffered fatal falls from subway surfing in recent years. In late 2021, a man died after he fell from the top of a moving J train as it crossed the Williamsburg Bridge. He was then run over by the train.