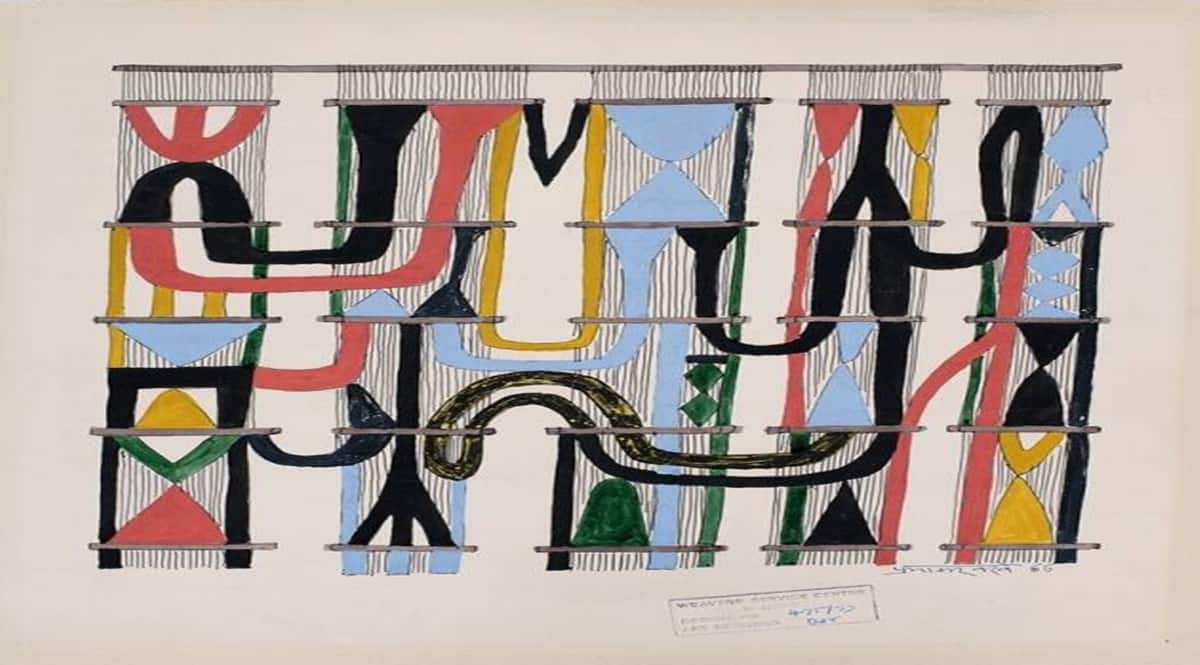 There was an exhibition in town, called “Tantra on Edge”. It has now moved elsewhere, from Delhi to Mumbai and will move abroad thereafter. Ajit Mookerjee wrote a lot on tantra and those interested will have read his book “Tantra Art”. A lot has been written on tantra, not always very well-informed. It is not easy to pin down and there is a tantra tradition outside India too. The philosophy and practice naturally influenced traditional art, motifs, and symbols—bindu, triangle, lingam, yantra, mandala, chakra, bija. Every Indian will have encountered these images, in one form or the other, even if we don’t always notice them explicitly, or understand their deep mystic symbolism. For instance, Indians were, and still are, fascinated by the Beatles and the Beatles were fond of cars.

George Harrison had a Mini Cooper and most Beatles fans will be familiar with its psychedelic art. It featured in “Magical Mystery Tour”. Subsequently, it was repainted. The original car seems to have vanished, but one can still form some idea of what it must have looked like from collectible miniatures, images, and films. When he originally purchased the car, it was metallic black. The subsequent repainting was based on images from Ajit Mookerjee’s book.

Inevitably, the car will be described as being painted in psychedelic colours and even Indians will not always appreciate the tantra symbolism. Etymologically, use of the word psychedelic isn’t wrong. But the word is often associated with drugs and reminds us of the swinging sixties, Vietnam War, Maharshi Mahesh Yogi, transcendental meditation, Ravi Shankar, Allen Ginsberg, and Woodstock. The West was attracted to the world of tantra and our perceptions about it are often shaped by what the West thought, and continues to think, about it. Therefore, a documentary film must show Kali smoking a cigarette. As Ajit Mookerjee documented, tantra has always featured in traditional art. But following the discovery in the West, Indian artists, modern ones, started to incorporate tantra into art forms. It was almost a new movement in modern Indian art. The exhibition I mentioned is a documentation of the work of sixteen prominent Indian artists. Some incorporated elements of tantra. Others were exclusively driven by tantra. Some experimented, using creative licences. A few famous artists are not identified with tantra. Nonetheless, the odd painting has been influenced by it. If you missed the exhibition, there is an accompanying book, curated by Madhu Khanna.

There are books galore on tantra, both popular and academic. Most, though not all, the academic work has emanated from outside India and is also a function of whether one means Hinduism, Buddhism, Jainism, or something else. Within Hinduism, there are Vaishnava, Shaiva, and Shakti strands. Within Shaiva and Shakti strands, there are texts and practices from Kashmir and texts and practices from Bengal (and Bihar). The word tantra is itself capable of multiple meanings.

Perhaps the most acceptable definition will be that of the warp and weft that exists within the universe and within every living being. Relatively speaking, why is there limited research that emanates from within India? The answer has many layers. But partly, it has to do with another word, kaula. This word has multiple meanings too. However, fundamentally, this word underlines the tradition of knowledge about practices being passed down through a family and a lineage, not meant for dissemination to outsiders. This proposition about parampara is true of many our knowledge systems, but is especially true of tantra. I take diksha into the system and use tantra in my everyday practice. The objective is not to do research and publish academic papers and books about tantra. That’s the reason practitioners rarely speak, or write, about it and texts seem to be mysterious and esoteric. Practices are not meant to be obvious and open to everyone.

This has a flip side. There are several books on tantra, best described as Tantra for Dummies. They simplify and often give it a bad time, especially when one has the left-handed path (vamachara) in mind. There are practitioners who give tantra a bad name too, proclaiming to the gullible they can use their powers to malign and benign effect, the former naturally directed against adversaries. The district of Birbhum in West Bengal is known for its tantra practices. Recently, I met an engineer who has turned a sannyasi and tantrik. It was eerie, chatting to him in the middle of the night near a cremation ground, with a fire burning in front. He sought my help on a simple matter. Couldn’t something be done to prevent fraudulent practitioners from advertising their powers on print and electronic media and fleecing the gullible and the poor? So far, I haven’t been able to do much. Tantra has always been on the edge, not necessarily part of the mainstream. That is also the reason it is rarely taught in courses on Hindu religion.

(The author is Chairman, Economic Advisory Council to the PM)