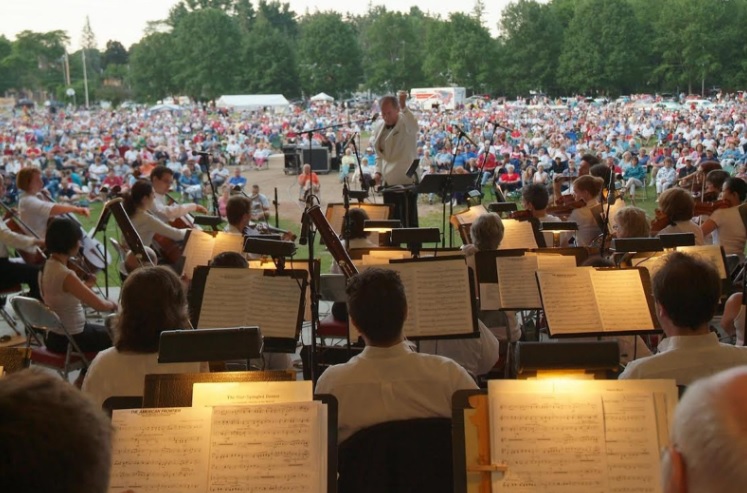 GLENS FALLS, N.Y. (NEWS10) – The Glens Falls Symphony has announced the third year of a newer Independence Day event that brings the community to Crandall Park. This year, it comes with something new for young people who want to join in on the music.

The Summer Pops Concert returns to Crandall Park at 7:30 p.m. on July 3. The free show features fireworks at dusk, with a rendition of John Williams’ “Summon the Heroes.” Visitors are encouraged to come early, with chairs, blankets, and whatever else they want to make the celebration complete. The event also includes food and drink vendors.

This year, the concert is joined by the new Youth Arts Experience. Kids will have the chance to have fun with activities that directly engage them with a love for music. The experience is run from 4-6 p.m. by the World Awareness Children’s Museum, the Chapman Museum, the Hyde Collection, Crandall Public Library, Charles R. Wood Theater and “We Are Instrumental.”

“It is so wonderful to be able to bring this beloved concert back to its natural date of July 3 at last, and we especially look forward to engaging young people with fun, inspiring art activities in the afternoon,” said concert Executive Director Jennifer Brink. “This year’s theme is about all the amazing work that our community has done, especially in the past two years, to lift each other up.”

The program for the Summer Pops Concert includes: