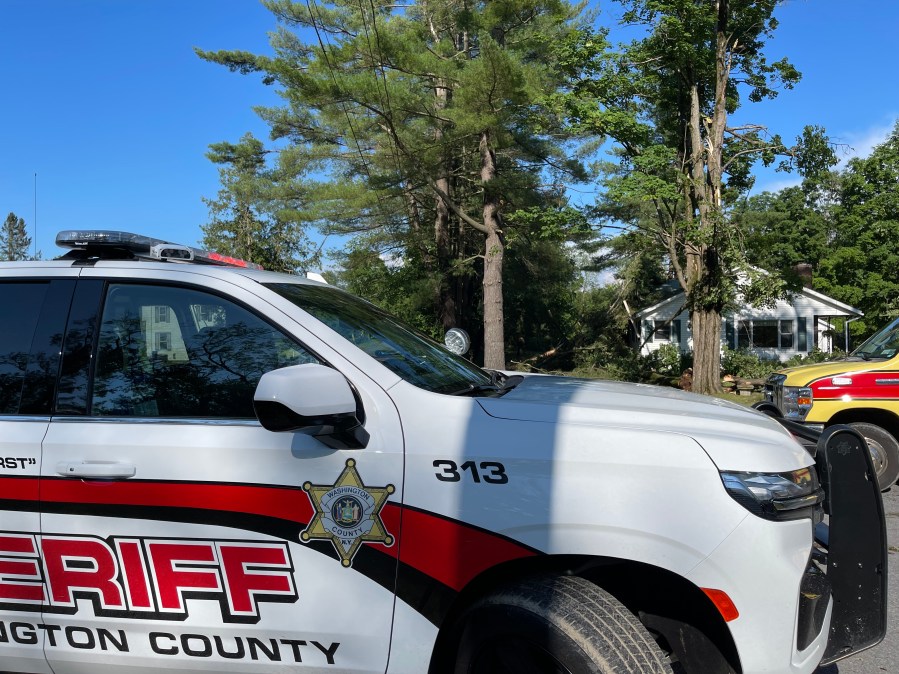 FORT EDWARD, N.Y. (NEWS10) – Tuesday’s severe weather swept across parts of the Capital Region, leaving a trail of damage in some areas north of Albany, including in Fort Edward. Residents there spent much of the afternoon cleaning up branches and debris after damaging winds.

“My neighbor that lives in front of me said that it was just crazy. Loud, you could just hear the trees snapping,” said Jennifer Blanchard, who lives in Fort Edward.

Just down the road from her home, emergency crews were on scene for several hours, working to rescue a girl who was pinned underneath debris on the second floor after a tree fell on her home.

According to fire officials, she was safely extricated through the roof of the home. After being rescued, she was transported to Glens Falls Hospital by LifeNet and is in stable condition.

In the storm’s aftermath, neighbors continued to work to clean branches and other debris from their properties.

“My driveway, part of it, half of it is ripped up with a tree that had come down and landed on another car that was in there. No damage to the car it looks like. But, lots of other smaller trees, huge branches,” Blanchard explained.

On top of downed trees and wires, the wind also appeared to knock down several light posts in a small park, as well as crumpling a garage door of a storage facility.

Blanchard says she’s never seen this type of destruction, “I have not, and I lived through the Mechanicville tornado, there was a smaller tornado that came through when I was, gosh, probably 7 or 8, and it wasn’t this bad.”

With many downed wires, those in the area were left without power, with some fearing it could be some time before the lights come back on, “The plan is, if I have to, I will get everything over to my cousin’s who have a generator, anything that’s refrigerated and hopefully, maybe use their shower, water, everything over there,” said Blanchard.

According to National Grid’s website, power was lost in the area around 3:20 p.m., crews are continuing work to restore power.