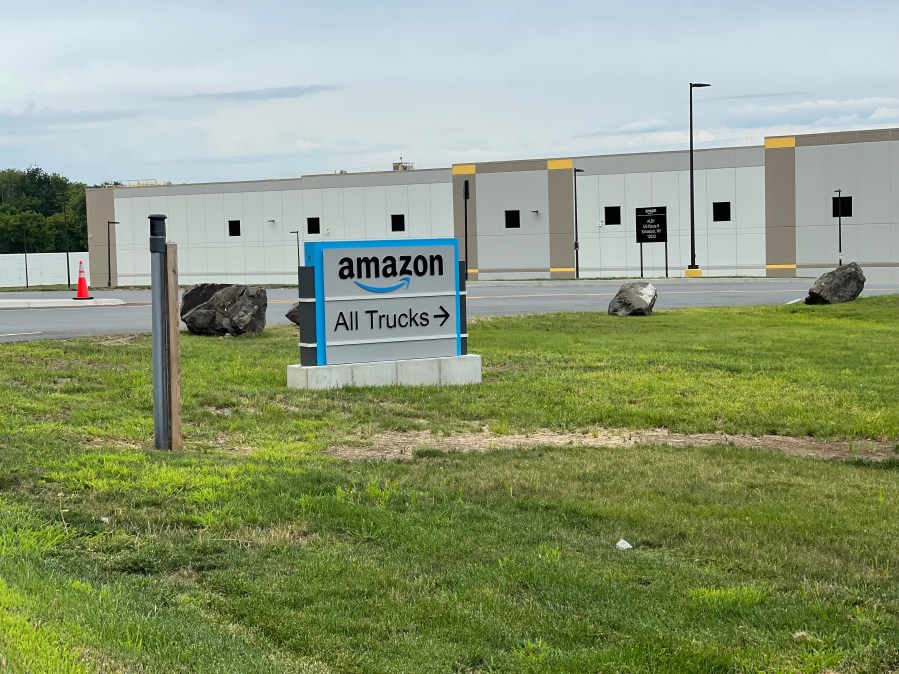 SCHODACK, N.Y. (NEWS10) – Workers at the Amazon facility in Schodack have taken the next step towards unionizing. On Tuesday, those hoping to bring a union to the warehouse filed a petition to the National Labor Relations Board to a hold an election.


Amazon to raise seller fees for holidays amid rising costs

After submitting the signatures, organizers say it’s a celebratory occasion, “Every single one of these people has demonstrated the courage to participate, and I want to say thank you and I’m so proud of each and every person,” said Heath Goodall, who began the union effort.

For the facility to qualify for an election, the NLRB requires at 30% of eligible voters to sign-on. But how many people that means is in dispute.

A spokesperson for the company told the Associated Press that around 1,000 people work at the Rensselaer County facility. Organizers counter it’s in the 600’s, and while they haven’t revealed the number of signatures they’ve obtained, they’re confident they’ve hit the threshold.

Heather Goodall began organizing efforts shortly after starting her employment at the warehouse in February. Since she started, she says she’s seen unsafe conditions, as well as coworkers who have faced financial difficulties.

“I also saw people that couldn’t afford gas to get to work,” she explained.

During a press conference announcing the filing of the petition Wednesday, Goodall also noted an alleged environment of fear at the facility, and concerns about time off and sick time.

Workers have the backing of the Amazon Labor Union, which secured an election victory on Staten Island earlier this year. If they find success in Schodack, the group hopes to deliver better pay, safer conditions, job security and other improvements at the facility.

Since organizing efforts began earlier this year, Goodall says Amazon has begun anti-union efforts, “We’ve had to withstand several anti-union meetings, we’ve had our signs taken down in the warehouse.”

Amazon could not immediately be reached for comment on the filing of the petition and the continued union efforts in Schodack.

However, last month, a spokesperson provided the following statement, “As a company, we don’t think unions are the best answer for our employees. Our focus remains on working directly with our team to continue making Amazon a great place to work.”

If the NLRB determines workers have secured an adequate number of signatures, a date and time will be determined for an election.

Safety concerns at Amazon facilities across the country have gotten federal officials involved. OSHA has opened inspections in several states, including New York. Because of the active nature of these investigations, it’s unclear which facilities have been investigated to this point, but those organizing say officials have been to the Schodack facility to speak with workers.