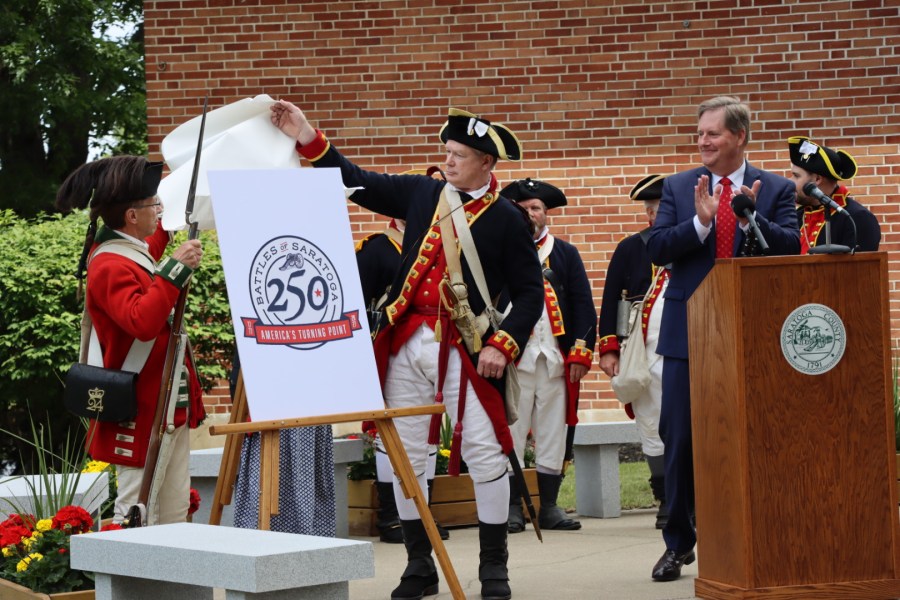 On October 17, 1777, General Burgoyne and his army, battered from their defeat at the Battle of Bemis Heights, surrendered to General Gates and his Patriot army at Saratoga. Officials will commemorate and honor the 250th Anniversary in the fall of 2027, through education, historic preservation, and heritage tourism of the Revolutionary War era.

The Saratoga County Board of Supervisors has committed $150,000 in seed money to the commission to help advance its mission of promoting Revolutionary War-era events, people, and places throughout Saratoga County. America’s Turning Point brandmark will feature patriotic, red, white, and blue colors within a seal mark with the phrase “Battles of Saratoga” encompassing a prominent 250 and Revolutionary War-era cannon.

Additionally, the seal will be adorned by a ribbon stating, “America’s Turning Point” with the years 1777 and 2027. The creation of a logo and brand was a crucial first step in an effort to promote multi-year commemorative events that will take place laying the foundation for long-term heritage tourism.


Saratoga County Fair back in full force for 2022

The commission has identified three main objectives to support its mission:

The commission will be at the Saratoga County Fair from July 19 through July 24 with its America’s Turning Point Marquee tent which will feature educational displays, living history demonstrations, and children’s activities. Other events include: