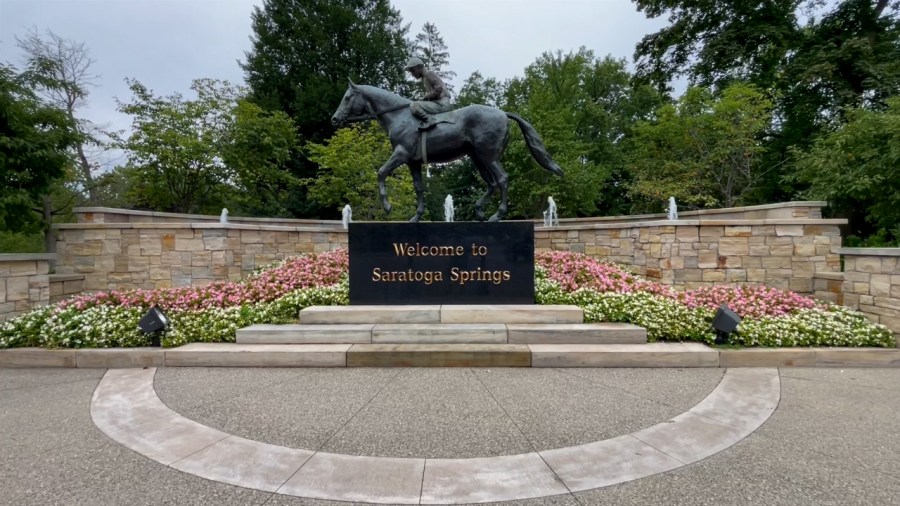 The Spa City expecting more people than ever before for this weekend’s Travers Stake. The city’s police department is taking steps to address public safety concerns ahead of the mid-summer derby. More than 30,000 people will visit the city in the coming days.

Saratoga police say they are ready.  they even have the help of new member of the force fans are sure to appreciate.

“We have 7   brand new patrol officers that recently graduated the police academy with field training officers, but they are in uniform, and they are out there we also have our two equine officers, and we have an additional canine officer this year,” said Public Safety Commissioner Jim Montagnino

You will see a heavier police presence around the city this weekend. The police department is beefing up their measures in advance of Saturday’s big race that is expected to draw in the large crowds.

“We’ve had a lot of experience coordinating for these larger events because Saratoga is a destination,” said Lieutenant Bob Jillson.


How Ukrainians are celebrating Independence Day

The latest victim of crime in the city this summer, Hatsational’s Haberdashery owner Joyce Locks commending the cops.

“They do the best they can with the manpower they have, and we’re excited we don’t look at the negative we just focus on the positive,” said store owner Joyce Lock.

But business owners are also hoping not to see a repeat of last year when crime was up across the region.

“Last year was I say like a unicorn because we had not experienced anything like that before in Saratoga springs,” said Jillson.

City police and fire are prepared to handle the crowds in and around the track.