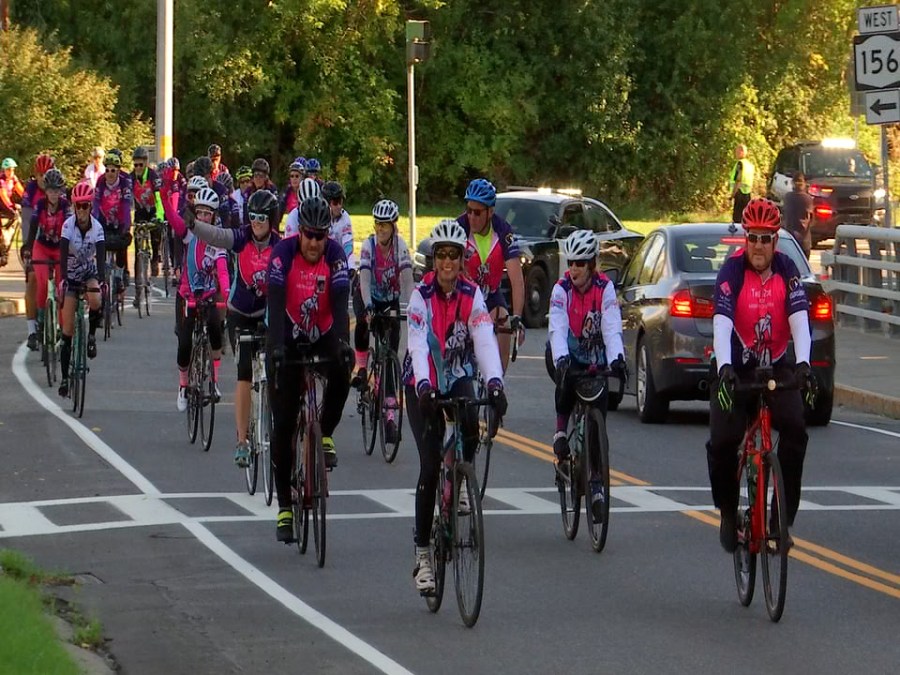 GUILDERLAND, N.Y. (NEWS10) — The Ride for Missing Children returned Friday to its traditional in-person event after a two-year hiatus due to the pandemic. This is its 13th year of bringing a message of safety to kids, and support to the loved ones of missing persons.

Bicyclists started their 100-mile journey at the Guilderland YMCA Friday morning in an effort to raise awareness and money for the National Center for Missing and Exploited Children. At the opening ceremony, it was revealed that this year’s ride is in honor of Audrey May Herron, a Catskill woman who has been missing for 20 years.

Other local missing people were acknowledged and remembered, including Craig Frear, and Suzanne Lyall. Lyall went missing in 1998 while she was a student at UAlbany. Her cousin, Shaun Barry, has been riding in her honor for years.

“What I think it means to all these people who are riding, is to tell the people who have missing children that they’re not alone. There’s a support network for them, there’s a group of people that care about them, and it also is a time to reflect on the people who are missing,” Barry said. “I think about my cousin a lot during the ride.“


20 years since disappearance of Audrey May Herron

Barry’s bike is painted pink and blue, the colors of the ride. Lyall’s name is painted on the side.

“I was really taken by the camaraderie and the sport of this kind of event, and I took out an old bike and I decided I wanted to dedicate the bike to the ride,” Barry explained.

The riders are making seven stops today at local schools, reaching over 2000 students with the message of staying safe in their everyday life and online.

The money raised for the National Center for Missing and Exploited Children goes towards continued investigation on active cases and providing safety education programs to schools, parents, and community organizations.

The ride will conclude with a closing ceremony at 6:00 PM at the Guilderland YMCA.