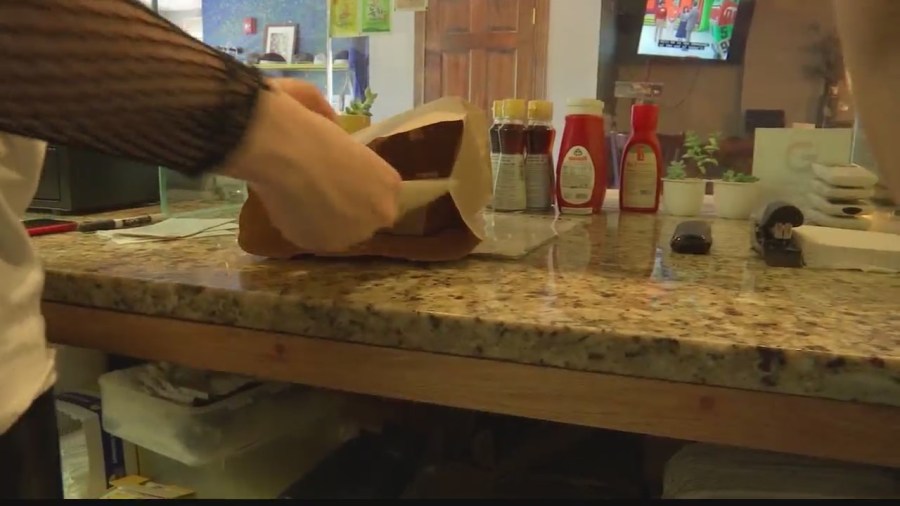 ALBANY, N.Y. (NEWS10) — Restaurant owners are in a bit of a pickle. There’s just not enough delivery drivers to go around.

“Normally, we have 20 to 30 drivers between all the stores on a Friday. If we get 10 to 15 we’re lucky. So delivery times went from 45 minutes to an hour and a half to two hours,” says Frank Scavio, owner of Paesan’s Pizza.

“Gas prices and even the demand of people ordering takeout, I think all that just together is creating this unique environment that we’re in right now,” says Son of Egg Owner Justin Ko.

Gas prices hitting a record five dollars per gallon average this week and for the first time in American history. Ashleigh Lundburg says she and all her friends quit driving for DoorDash, UberEats, and GrubHub cold turkey without enough dough to cover how much it costs to fill up.

“Because it’s just too expensive right now. The amount that like DoorDash and UberEats pays drivers is not enough, and then even if you’re looking at the surge charge that people are getting as passengers, it’s only 51 cents when you’re driving like 15, 20 minutes away,” she explains to NEWS10’s Mikhaela Singleton.

“Delivery is 60 percent of our business, and you’ve gotta remember, these guys were front line during the pandemic, bringing food to everyone’s houses during quarantine, so I think it’s time we really step up and take care of them,” says Scavio.

He says when he noticed Paesan’s Pizza drivers were considering greener pastures, he came up with a plan to offer $100 gas cards for every 40 hours of work.

“That should fill their tank and give them a little extra to say hey thank you so much, we appreciate it and please stick with us until we get through these difficult times,” he explains. “We hope in response, we can get more drivers in, reduce our delivery times, and people will order and tip more to help support our drivers.”

Ko says another option on the Son of Egg radar is providing drivers a different and cheaper method of delivery.

“At our [Albany] location, we used to have delivery drivers, but it was really difficult with on-street parking. So we’ve been thinking, rather than people driving cars, maybe we would have little mopeds, because even in Korea they have people doing deliveries, very efficiently too,” he says.

Even with incentives, some drivers say they’d need more to ensure they’re making money, not losing it, before considering going back.