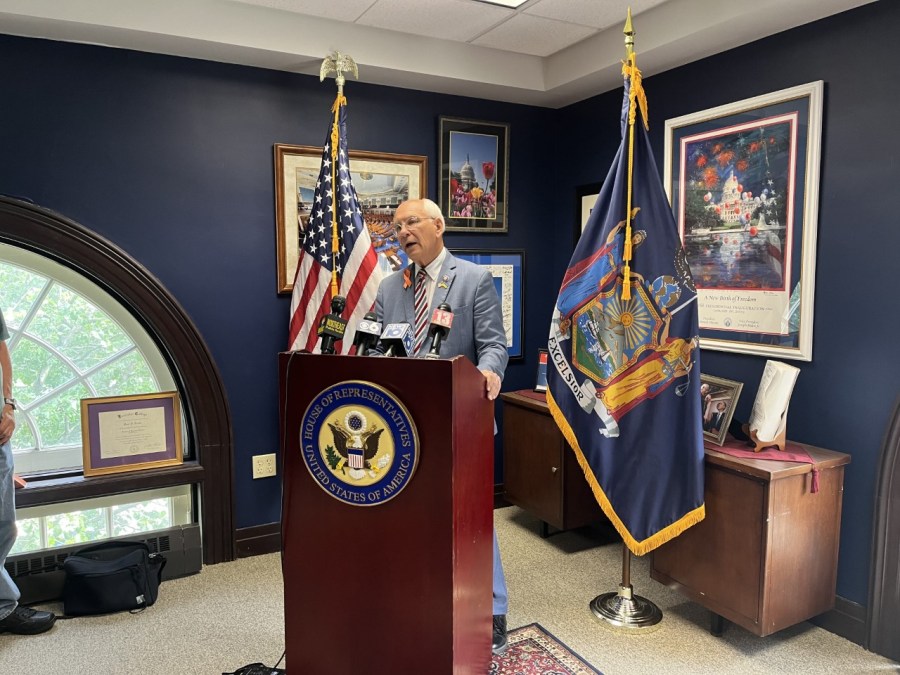 ALBANY, N.Y. (NEWS10) — Gun legislation is high on lawmakers’ minds as a new gun control bill moves forward in the House of Representatives. Congressman Paul Tonko spoke to reporters on Sunday morning about the recent passage of the Protecting Our Kids Act and the Federal Extreme Risk Protection Order Act, which he called common-sense gun laws.


March For Our Lives returns to Albany

“Any serious solution to this long-standing crisis must address the route cause of this issue, the ease with which nearly anyone can purchase a mass killing machine,” Tonko said.

The Protecting Our Kids Act received pushback from Republicans, including Representative Elise Stefanik who released a statement after voting against the legislation:

“I am proud to stand up for the Second Amendment rights of Upstate New York and the North Country against this legislation that shreds the Constitutional rights of law-abiding Americans with no effect on deterring criminals who do not follow the law when obtaining firearms.”

Tonko is also pushing for a bill that would enable law enforcement to send amber alerts to people’s phones in the case of a mass shooting. He said that bill has support from law enforcement.

He added passing this legislation in both the House and the Senate is crucial before Congress goes on summer recess.

“Minutes, seconds can be of significant importance here and any sort of technical savviness that we can introduce into the equation, the sounder we are, the safer we are,” Tonko said.