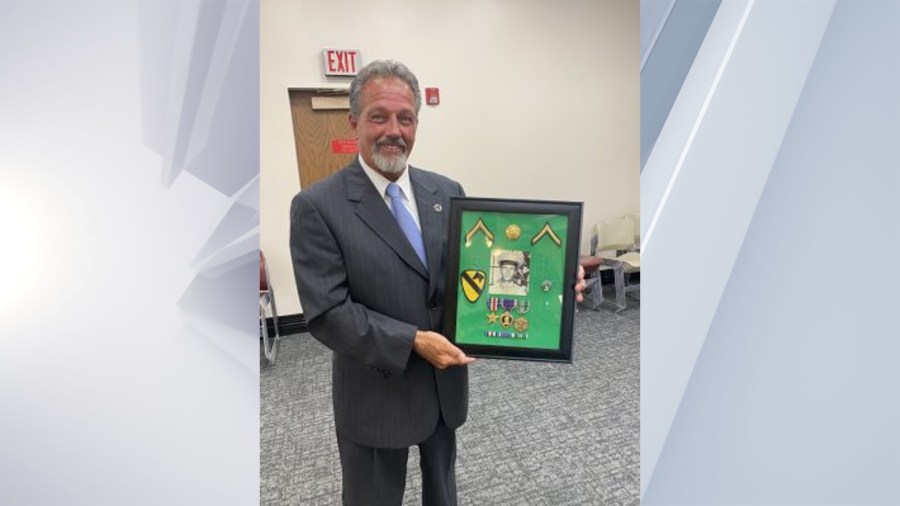 ALBANY COUNTY, N.Y. (NEWS10) — Local leaders and law enforcement officials reunited a piece of history with the family of a local deceased veteran who gave his life for our country.

Several medals, including the Purple Heart Medal, were returned to the family of PVT Averill Williams Jr. on Tuesday after being found during a police investigation in the City of Rensselaer. The medals have been missing for 72 years. They were found in a stolen parked car in an apartment complex. PVT Williams Jr. was an Albany native who fought and was killed in the Korean War in July 1950.

Private Williams was a member of Headquarters Company, 2nd Battalion, 7th Cavalry Regiment, 1st Cavalry Division. On July 31 he volunteered to carry ammunition to a besieged company. Then as he rendered aid to a wounded comrade, he was killed by enemy artillery fire.

Investigators traced the medals back to William’s family, thanks to social media and Ancestry.com, the medals are now in the right hands. James VanApeldorn is William’s second cousin. James didn’t know the medals were missing, he thought his grandaunt had them. When she passed away, James says the medals became a lost thought. He saw them for the first time on Tuesday.

“It was awesome. It’s funny how you found me. I never expected to see them…I really didn’t. Like I said, they mentioned them, and nobody knew where they were so how they ended up in that car, it’s a mystery within itself,” said James. It’s still an active, ongoing investigation at the Rensselaer Police Department.