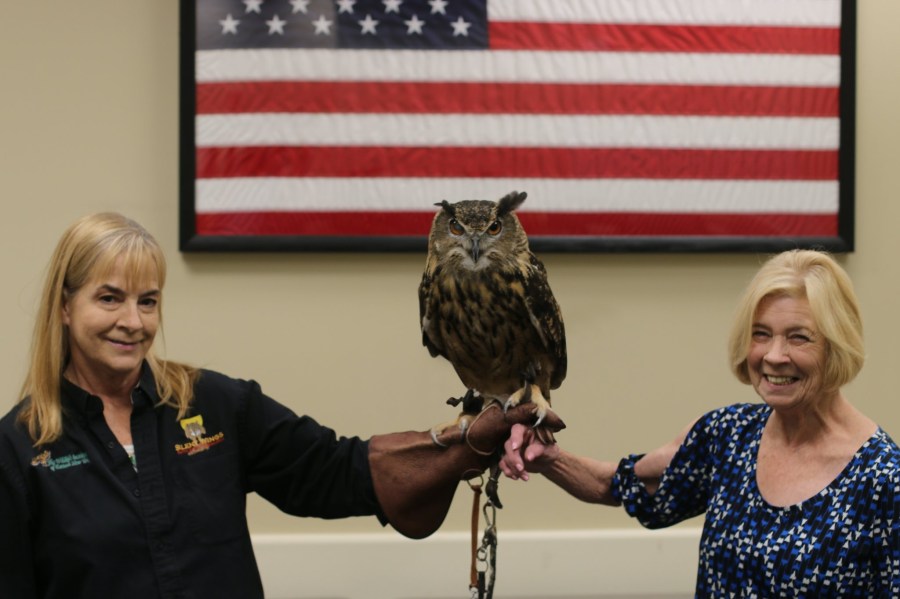 EAST GREENBUSH, N.Y. (NEWS10) – The Rensselaer Elks Lodge #2073 teams up with the East Greenbush Library to sponsor an installment of their ‘Summer Science Series’ presented by the Wildlife Institute of Eastern New York. The program offered an opportunity to increase the environmental awareness of children and adults, and introduce them to indigenous exotic animals in their own ecosystem.

On Thursday, about 25 children and their parents learned all about birds of prey including information about their lifespan, diet, and behaviors. In addition to birds of prey habitats, keen senses, and incredible ability to hunt.

The audience got a chance to meet birds up close in a program including three owls, a falcon, and a raven. Eileen L. Collins, a long-time local science teacher came up with the idea for the program. Since its inception, the Rensselaer Elks Lodge #2073 has donated more than $1.6 million to youth programs, troops, and veterans, as well as other people in need.