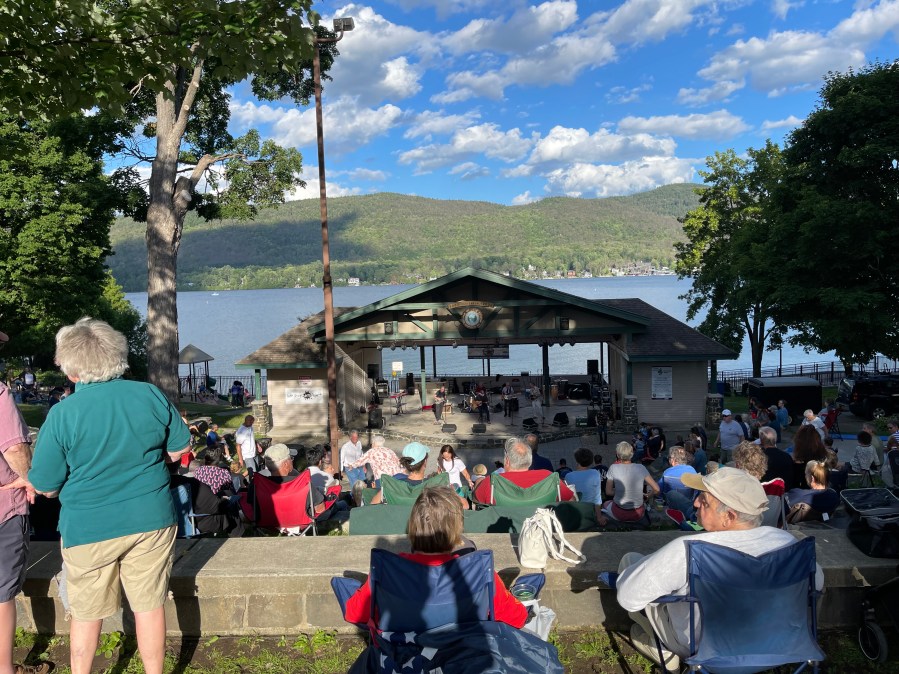 LAKE GEORGE, N.Y. (NEWS10) – Fundraising efforts continue to help a local family that lost loved ones in last weekend’s fatal crash in Lake George. Proceeds from the first Fridays at the Lake concert of the season will be donated.

A portion of all proceeds from beverage sales and tips will go to the family, “We’re here every Friday night selling beer, wine and food, and we just decided, why not give the proceeds this evening to the family that truly needs it,” the mayor explained.

Last Sunday, the Lake George family lost 38-year-old James Persons and 8-year-old Quinton Delgadillo after a motorcycle struck them while they were on the Warren County Bikeway.

Money raised Friday night will go towards next week’s fundraiser at Lake George Expedition Park. The park, which is adjacent to where Sunday’s fatal crash took place, will be open next Wednesday, donating proceeds from admissions to the family.

“This is a community that when there’s a tragedy like that, we try to pull together, try to come up with some ideas,” Blais said.

As the local community effort to help continues, the cause also received help from an organization that’s made Lake George its second home. Friday’s concert is also a culmination of the annual Law Enforcement Officers Weekend.


Motorcyclist in fatal crash did not have a license

Following Sunday’s tragedy, the non-profit, which brought in their own vendors, also donated tips, “We made it a point to actually stop off at that location prior to coming into Lake George just the other day. And it hits home,” said Austin Glickman, Executive Director of LEO Weekend.

Sunday’s crash also hospitalized the motorcycle driver, Anthony Futia, and another pedestrian. Three others on the bike path were unharmed.