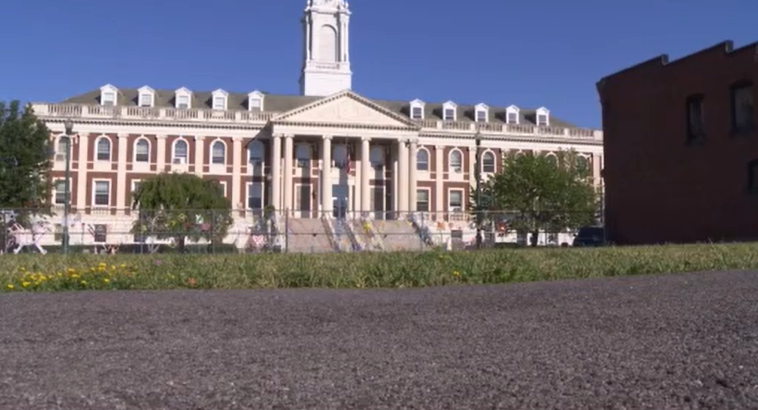 SCHENECTADY, N.Y. (NEWS10) — From a space to grieve to a green space. Seven years after a fatal fire on Jay Street in Downtown Schenectady, some in the city are looking to reinvent the empty lot.

“We identified that space as a prime opportunity to really bring it into public use. Right now, we all know what happened there. It is highly un-utilized,” says Jim Salengo, executive director of the Downtown Schenectady Improvement Corporation.

Salengo says the idea is for the space to become a “creative connector”; a type of park where people can sit out, enjoy their lunch, or host events.

The DSIC’s plan would make the park ADA Compliant with a $20,000 grant from AARP. Right now, a chain link fence with time-worn tributes is the only reminder of the lives lost in the fatal fire. Salengo says the proposed plan aims to change that. “We definitely want to include some remembrance of the victims of the fire and what happened there and how we incorporate that in is still in the very early stages. It’s the right thing and the respectful thing to do in that space.”

Rhasaan Walker who runs the Pho Queen adjacent to the lot says his business opened shortly after the fire. “Jay Street is always a great place to check out so a park right here across from city hall would be nice.”

City council member John Polimeni says he supports the plan along with a number of other council members, saying green space is something Downtown Schenectady is currently lacking. should be on the agenda for Monday night’s council meeting. I would suspect it would be unanimously approved and therefore once that goes through, it’s in the hands of Metroplex and DSIC.”