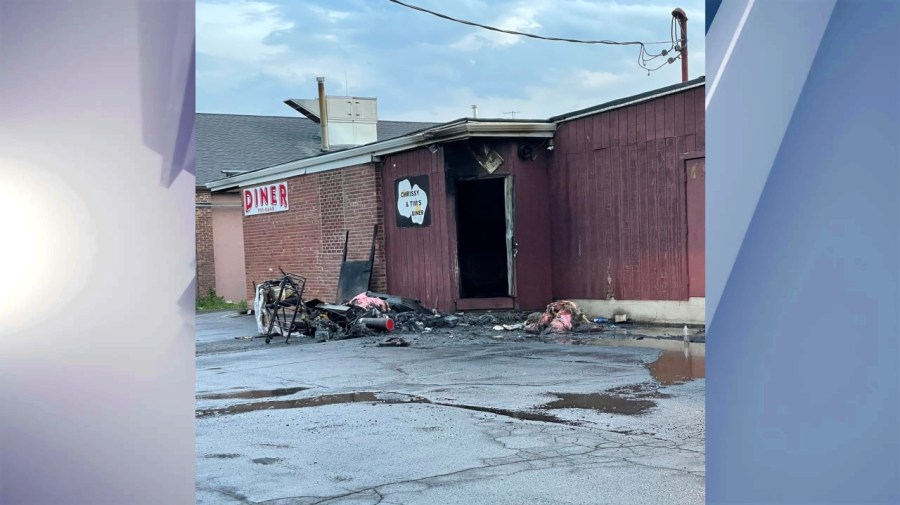 COXSACKIE, N.Y. (NEWS10) — Paul’s Pizza & Pasta in Coxsackie is raising money to help Chrissy and Tim’s Diner after a fire on July 24. Starting August 10 at 4 p.m., the pizza shop will be donating $2 for every pizza sold to the owners of the diner.

On July 24, around seven fire crews battled the blaze at the diner, located at 11830 Route 9W in Coxsackie. The fire was put out in about an hour. No other buildings in the strip mall were affected. No injuries were reported and the cause of the fire remains under investigation.

Chrissy and Tim’s Diner will be closed until further notice. According to the diner owners, the fire severely damaged the building, and it looks like it’ll need a complete rebuild.

“Tim and I are amazed and overwhelmed at the response from everyone in the community. We are so blessed to live in such a great place,” said one of the owners in a Facebook post. “First thanks to all the firefighters and responders for doing such an amazing job of containing the fire. Hopefully we can get up and running quickly. We would like to thank all that have donated money, well wishes, and a helping hand.”