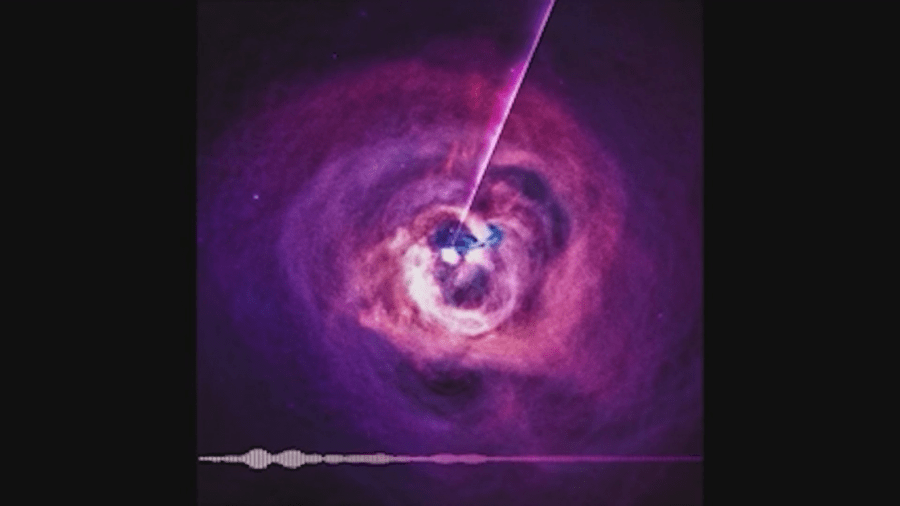 (WTVO) — Space isn’t always silent, and a recording shared by NASA Sunday proves it. Some described it as “creepy” or “haunted,” while another replied, “Am I the only one who finds this soothing?”

The recording, or melody, if you will, is made from the soundwaves of a black hole that sits more than 200 million light-years from Earth. It was initially shared earlier this year, but is generating new reactions on social media this week after NASA’s tweet.

The black hole sits in the center of the Perseus galaxy cluster, an 11 million light-year-wide cluster of galaxies surrounded by hot gas. And while the noises it broadcasts may be a revelation for some, others noted that it sounded “like every black hole in every science fiction film ever.”


You can help name planets observed by the James Webb Telescope: Here’s how

While it is commonly believed there is no sound in space due to it being essentially a vacuum, NASA says a galaxy cluster, like Perseus, has gases “that envelop the hundreds or even thousands of galaxies within it, providing a medium for the sound waves to travel.”

In this recording, NASA said it scaled the sound up 57 and 58 octaves above their original pitch so they would be audible to the human ear. “They are being heard 144 quadrillion to 288 quadrillion times louder than their original frequency,” the agency said.