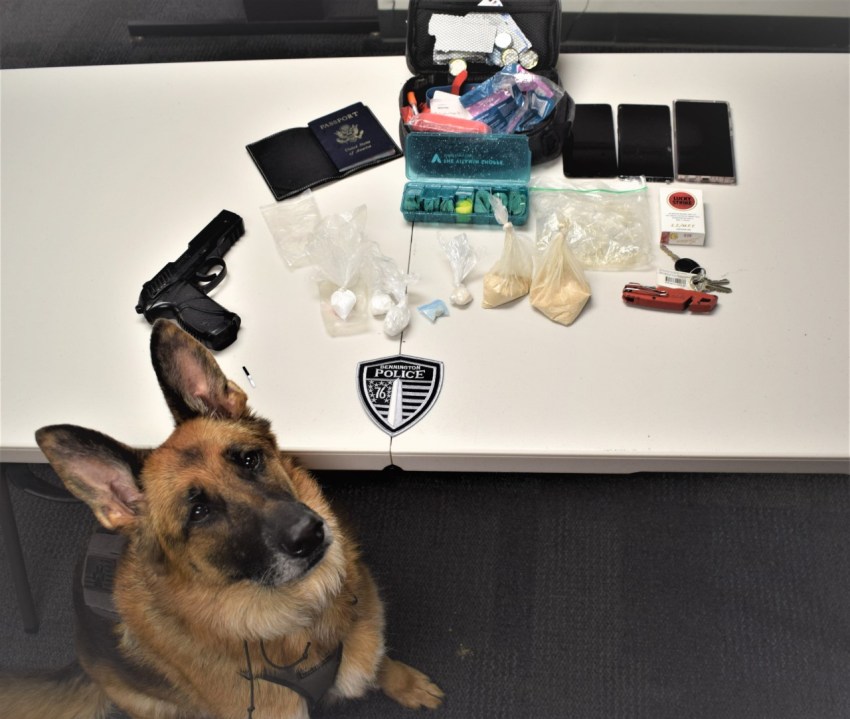 BENNINGTON, Vt. (NEWS10) — A Nashua, New Hampshire man, and his alleged accomplice from Bennington, Vermont, were jailed on Wednesday after police said the duo trafficked drugs in their car. Bennington Police were called to 111 Northside Drive for a report of two suspicious people in a vehicle. The caller also told police the two people had a gun.

Police located the car, and the two occupants, in the parking lot of Walmart at 212 Northside Drive. Officers identified the pair as Adam J. Sallaire, 38, of Nashua, New Hampshire, and Vera Logan, 33, of Bennington, Vermont.

While investigating the duo, officers learned that Logan was listed in the National Criminal Information Center (NCIC) with an extraditable warrant out of Bronx, New York for dangerous drugs. Police said they also discovered a large quantity of suspected narcotics and evidence of narcotic packaging material in the car.

Police reportedly recovered 114 grams of suspected bulk heroin—equivalent to 5,500 bags of the drug—and 31 grams of suspected cocaine with a total street value of about $60,000. Officers also allegedly found a black pellet gun that resembled a handgun.

Dallaire and Logan were held for lack of $50,000 bail and were issued conditions of release to appear in Vermont Superior Court-Bennington Criminal Division on Thursday, Sept. 8 at 12:30 p.m. Both were transferred to Marble Valley Correctional Center.