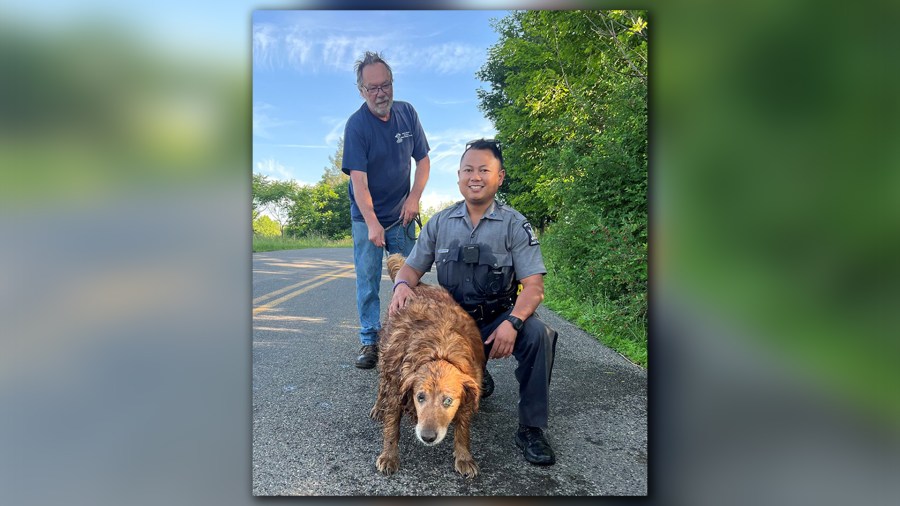 CONKLIN, N.Y. (WETM) — An elderly Southern Tier golden retriever is safe after a State Trooper helped pull her to safety when she was stuck underground in a culvert.

New York State Police Trooper Jimmy Rasaphone out of Binghamton responded to Conklin, New York to help a reported dog stuck in a culvert pipe. Lilah, a 13-year-old golden retriever had been missing for several days and was stuck “deep underground,” NYSP said.

When he arrived, Trooper Rasaphone realized how far into the culvert Lilah was and decided to act. He tied a rope to Lilah’s leash, crawled 15 feet into the pipe, and found Lilah. He was able to put a collar on her, and then Rasaphone and Lilah’s owner were able to pull her out to safety, getting her back home safe and sound.