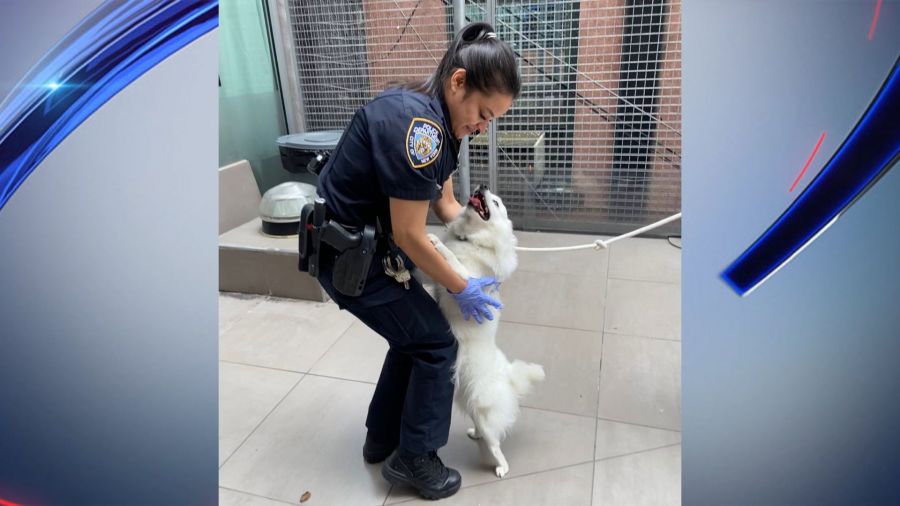 NEW YORK (PIX11) — The tale of this dog trapped in a hot car on Manhattan’s Upper East Side has a happy ending. An adorable pooch rescued from a parked car on a hot June day has now been adopted by one of the NYPD officers who came to its rescue, according to department tweets.

On June 18, the 19th Precinct tweeted about their rescue of a dog that had been locked inside a car for over two hours. The tweet included a video of cops cracking open the window to the vehicle, freeing the four-legged fluffball, and providing it with water and dog treats.

“Our cops responded discovering the car off, windows shut & distressed dog,” the command tweeted, in part. “They broke the window, got [the] pup out & off to a vet for care.” But the story didn’t end with the dog’s rescue from the car.

“A month ago, this sweet doggo was rescued after his owner left him in his hot locked car for hours; yesterday, one of [its] rescuers, Officer Maharaj, adopted him!” tweeted, in part, on Wednesday. “Thank you @ASPCA for taking such good care of this lucky pup!”