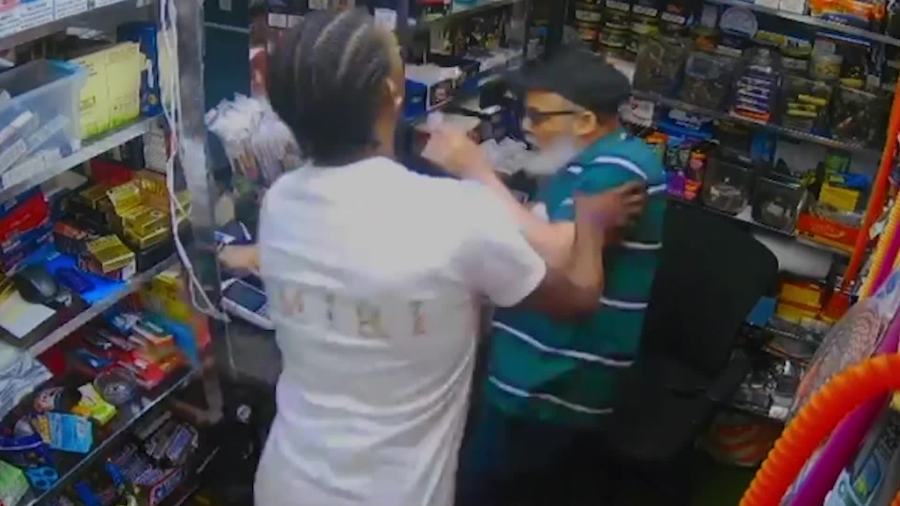 MANHATTAN, N.Y. (PIX11) — The bodega employee accused of stabbing a man to death will be released from Rikers Island after his family posted bail, the Manhattan District Attorney’s Office said Thursday. Jose Alba’s bail was reduced to $50,000 after a request for a new package. An investigation into the July 1 fatal stabbing is ongoing.

Alba’s family has said he acted in self-defense when he allegedly killed 35-year-old Austin Simon. His arrest and jailing spurred outrage across New York. He was scheduled to go to the Dominican Republic this week, where many of his family members live, according to prosecutors.

The July 1 incident began when a woman and her 10-year-old daughter entered a bodega around 11 p.m. and tried to purchase snacks, according to a criminal complaint. The woman’s electronic benefits card was then denied, which allegedly led to an argument between her and Alba, who was acting as a cashier.

The woman told police that Alba reached over the counter and took the snacks away from the 10-year-old girl after the transaction didn’t go through. The woman then “left the store and informed her boyfriend, Austin Simon, of the clerk’s actions.”

Simon confronted Alba behind the counter, police said, pushing him once during the argument. When Simon “attempted to steer [Alba] out of the area behind the counter,” Alba allegedly picked up a knife and stabbed him multiple times in the neck and chest.

When Simon’s girlfriend attempted to intervene, Alba allegedly continued to stab him until the woman pulled out her own knife. According to police, Alba admitted to taking the knife and stabbing Simon.

Alba, 61, is being represented by Neighborhood Defender Service.

His defense attorney said video evidence from the bodega “speaks for itself.”


Boyfriend of Troy woman whose body was found in trunk arrested

“Mr. Alba was simply doing his job when he was aggressively cornered by a much younger and bigger man,” Neighborhood Defender Service wrote in a statement.

In surveillance video obtained by PIX11 News, Simon can be seen shoving Alba into a chair behind the bodega’s counter. While Alba’s still in the chair, Simon stands over him and appears to be shouting.

Eventually, Alba stands up, grabs the knife and stabs Simon in the neck. When Alba pulls his arm back, it’s covered in blood. As the two men struggle with each other out of view of the camera, Simon appears to be stabbed several more times. When Alba appears back on camera, both him and the knife are covered in more blood.

PIX11 News is not showing the full video, but an edited version is below:

Alba, who’s lived in New York City for 35 years since emigrating from the Dominican Republic, is due back in court July 20, his lawyers said.

“He worked hard to earn his U.S. citizenship 18 years ago and has been a constant source of support for his children and grandchildren,” his lawyers said.

But, Adams added, his “heart goes out” for the “hard-working, honest” Alba.

A GoFundMe had been launched for Alba, but it was taken down. Money raised for Alba was refunded to donors.

“Our terms of service prohibit fundraising for the legal defense of a violent crime,” a GoFundMe spokesperson said.