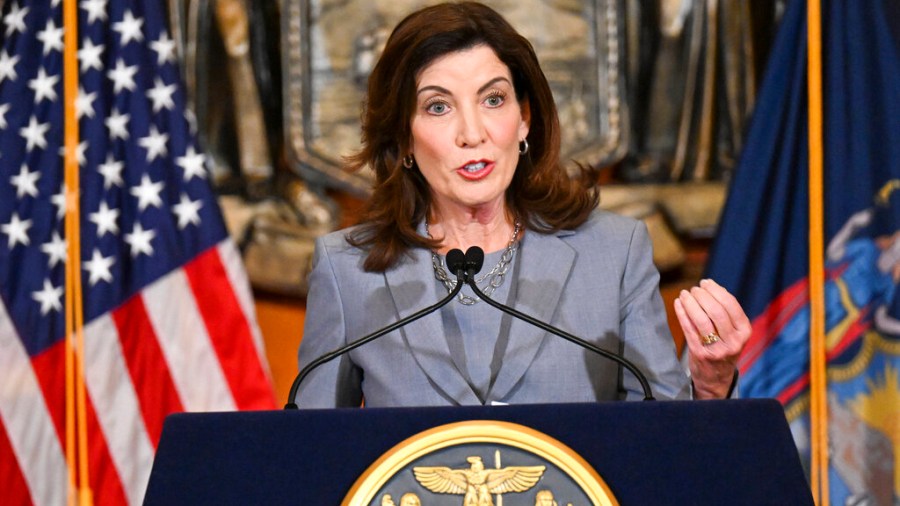 ALBANY, N.Y. (WTEN) — Governor Hochul has extended her emergency powers for another 30 days. Capitol Correspondent Amal Tlaige spoke with both Democratic and Republican lawmakers to get their response.

“And I think the only emergency that people are feeling right now or one of many, is that people are worried about filling up their gas tanks and how are they gonna feed their families,” said Republican Senatorc, Sue Serino.

Emergency powers give the Governor authority to declare a state of emergency. This was done when former Governor Andrew Cuomo was in office during the pandemic, and has been used continuously since Governor Hochul has taken that same seat.

However, Senator Serino says New York is not currently facing an emergency and it’s an improper use of power, “I think people are pretty fed up right? As legislatures we were elected to be the voice of reason for our constituents and I think people ya know wanna see that and not have one person making decisions.”

Serino says business owners are constantly living on the edge not knowing what mandates will be put in place. However, Assembly member and pharmacist, John McDonald understands Governor Hochul’s actions, “The reality is ya know, I think the Department of Health and the Governor want to make sure that there are procedures put in place if they need to invoke them as numbers continue to fluctuate.”

McDonald says right now, the coronavirus is still an issue, with an average of 15-25 COVID-19 related deaths every day. He says the emergency powers do not have an impact on the average New Yorker and will help hospitals, long term care facilities and nursing homes, “It gives the Governor working with the Department of Health –  the ability to work with those institutions in case they need to relax the rules in regards to providing patient care.”

Assembly member McDonald says COVID-19 is long from over and may never be over. He’s okay with the Governor extending those emergency powers as long as it helps save lives.