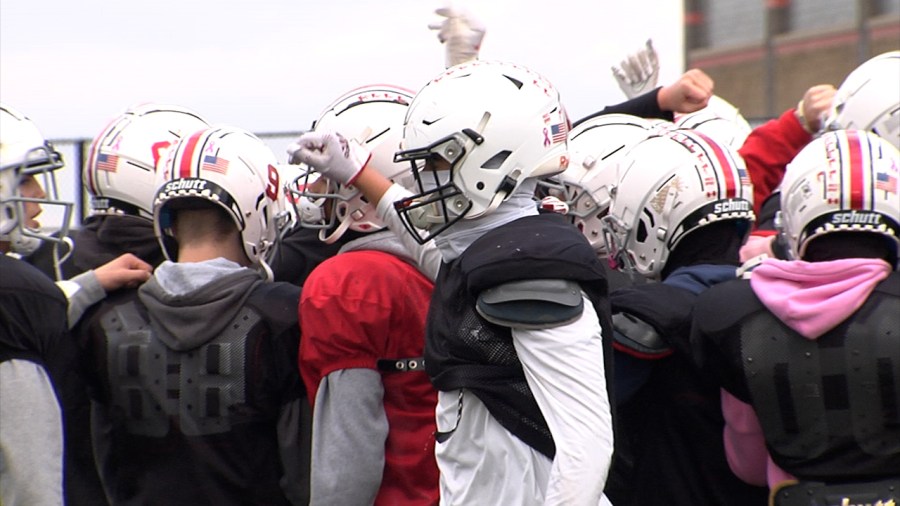 NISKAYUNA, NY (NEWS10) — Niskayuna followed up their first section title in football with their first regional championship, on their way now to their first state final four. The Silver Warriors aren’t satisfied yet.

Niskayuna will face their toughest test in the semifinal: an 11-0 Somers team that went to the state title game last year, losing by a point in overtime. Silver Warriors head coach Brian Grastorf says it will all come down to the basics. “If our defense keeps playing the way they’ve been playing, in any game we’d be in the game,” said Grastorf. “For the offense, if we can continue to execute and make plays. It’s going to come down to the little things. It’s not going to be the big plays. You need a little bit of luck too I think. Especially playing a good team like Somers. They’ve been there before and have a great past.”

The Tuskers feature a potent offense, led by dynamic senior quarterback Matt Fitzsimons. Junior linebacker and tight end Dan Miller believes the Silver Warriors just need to stay within themselves. “We need to play our football,” said Miller. “It doesn’t really matter who’s across from us, but they’re definitely the biggest linemen we’ve seen all year. They run the ball pretty efficiently. They run hard. But we’ve seen stuff like this before. We just have to play our game.”

Kickoff is set for 6 p.m. in Middletown on Friday. We’ll have the highlights on FOX23 and NEWS10 ABC.