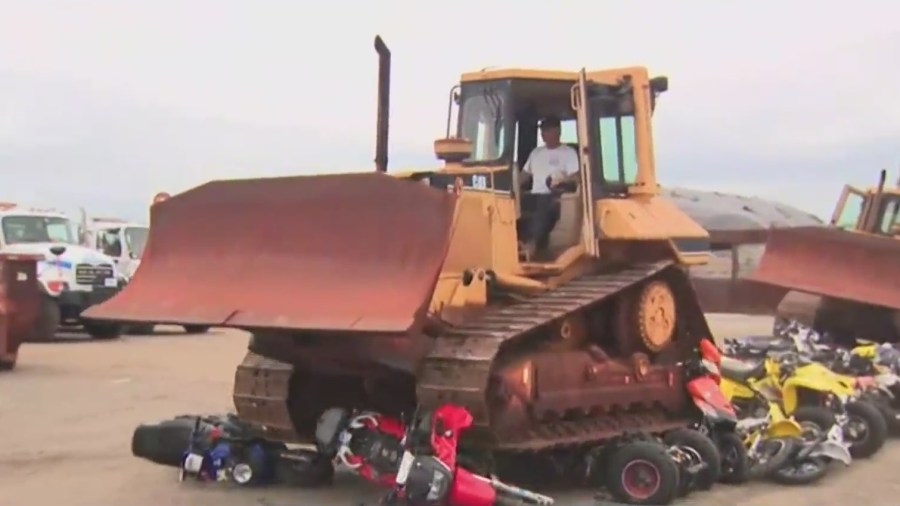 NEW YORK (PIX11) — Officials arranged for a bulldozer to crush illegal dirt bikes seized off the streets of the five boroughs. The smashed bikes will be turned into scrap metal and recycled.

Since taking office, Mayor Eric Adams said he’s made taking “extremely dangerous” motorbikes and ATVs off of New York City streets a top priority. At the Thursday press event, he waved a checkered flag to begin the demolition.

“We see them all the time and we hear them at all times at night,” the mayor said. “We see the large numbers that are moving throughout our streets, and we want to be clear that this is not acceptable.”

Adams was joined by NYPD Commissioner Keechant Sewell and other officials to kick off the summer plan to get more vehicles off the streets. Most of the complaints about the bikes come from New Yorkers who are fed up with the noise and potential danger.