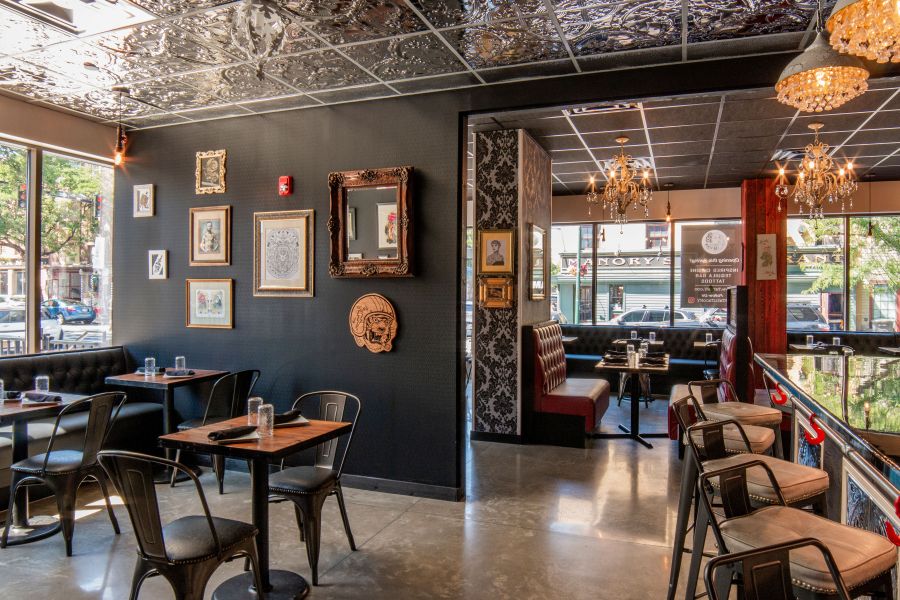 TROY, N.Y. (NEWS10) — Co-owners Jennyfur Spaulding and Kareem NeJame originally opened Tatu Tacos & Tequila in Saratoga Springs in 2019. After having to close that location in December 2021, their new location at 100 Congress Street in Troy is set to have its grand opening on Thursday.

Tatu Tacos is Spaulding and NeJame’s first business venture together. Their original concept was to open a total of three Tatu restaurants around the Capital Region. Troy was supposed to be their second location, but after the building owner at their Saratoga Springs location wouldn’t renew their lease, Troy is now their main restaurant.

The restaurant focuses on three things: tacos, tequila and tattoos. Spaulding said the restaurant features original pieces of tattoo art by tattoo artists. The food is inspired by the Yucatán Peninsula of Mexico and rooted in Mayan and Aztec culture, with a subtle Middle Eastern influence.

The owners started construction at the Troy location while Tatu Tacos in Saratoga Springs was still open. The Rosenblum Company, who owns the building at 100 Congress Street, actually approached Spaulding and NeJame about opening their next restaurant there.

“We feel like Troy has so much promise and potential,” said NeJame. “We’re happy to be part of bringing this part of downtown troy back to life.”


Best cheap eats in Glens Falls, according to Tripadvisor

The owners still intend to open three Tatu restaurants in the Capital Region. Since they just opened this new spot in Troy, they said it won’t be until at least next year when they start searching for their next location.

Tatu Tacos had its soft opening on July 7. The grand opening on Thursday will officially kick-off the opening of the restaurant. The event features DJ Trumastr from 7:30 p.m. to 9:30 p.m. and drink specials, as well as its normal dinner service.