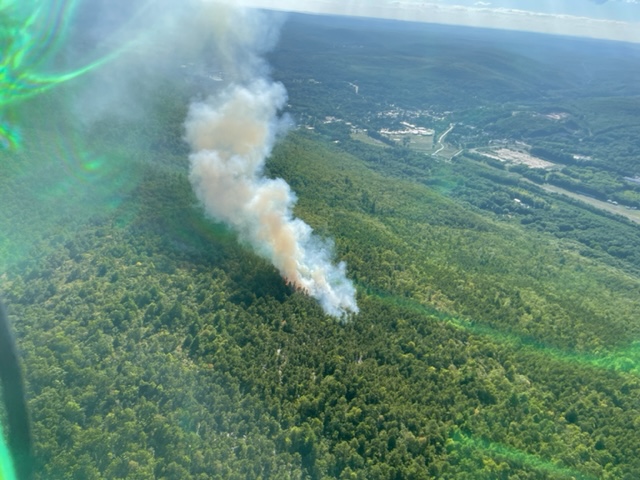 KERHONKSON, N.Y. (NEWS10) — Access points into Minnewaska State Park are closed until further notice after another wildfire started at the park, said Ulster County Executive Pat Ryan. Officials said the Napanoch Point Fire has grown so much that a new fire, the Stony Kill Fire, has developed.

Crews started battling the Napanoch Point Fire on Saturday and it has since burned at least 30 acres of the park. On Sunday, nearly 100 state and local firefighters continued to work on knocking it down.

The Napanoch Point Fire increased in size due to vegetation, terrain, and weather conditions, said Ryan. Crews are now responding to the Stony Kill Fire, which they are also working to contain as well.

Ryan said all access points to Minnewaska State Park Preserve, including the Sam’s Point Area, will close on August 30 until further notice for the safety of the public. Anyone with reservations for Saturday, Sunday, or Monday will be notified and refunded. All visitors must follow these closures.

Over the next 24 hours, the response team will be committing another 60 firefighters and doubling resources to four helicopters for airdrops and 24 ATVs. Ryan said there will be firefighting activities on Berme Road from Port Bend to Ellenville. Residents should expect to see smoke coming off the fires on the mountain.