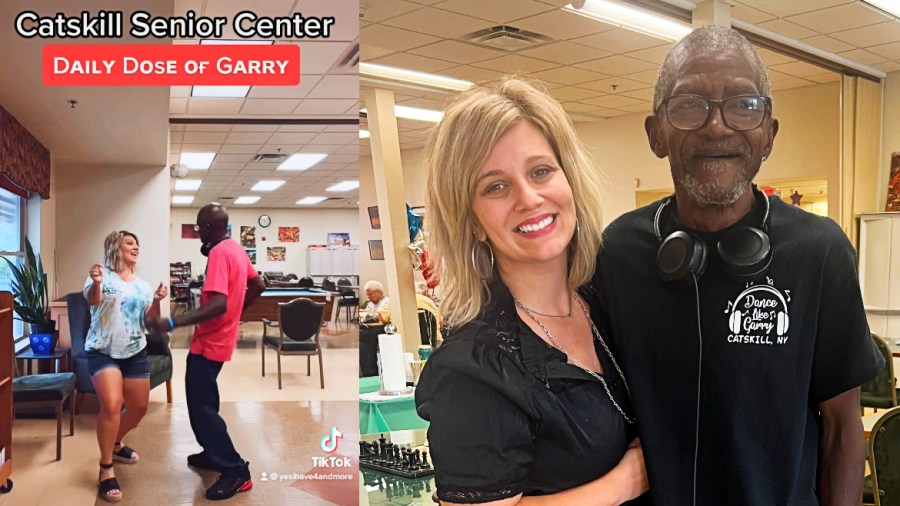 The director of the center, Jamie Story, and Garry Holmes were both born and raised in Catskill. In 2021, they met on Jamie’s first day on the job and quickly became dancing partners.

“They’re all very important to me, every single one of my seniors,” Story said.

The pair created their style with Holmes’ fancy footwork and Story’s energetic choreography. On August 10, Holmes proposed putting a video on TikTok. The first video currently has over 80,000 views; the next received over 900,000.

The videos titled “Daily Dose of Garry” started regularly hitting hundreds of thousands of views, some more than 1 million. Countless TikTokers have thanked the team in the comment section for spreading positivity and inspiring them. Additionally, many of the visitors to the senior center are getting it on the action and joining Holmes and Story at their dance parties.

“I’d just like to say to everyone in the world, keep watching. There are more great videos to come,” Holmes said.

The Catskill Senior Center is open to the public for community members ages 55 years and older. According to Story, the center provides a nutrition site for those who would like a meal, activities for socialization, and an all-around positive experience for all.