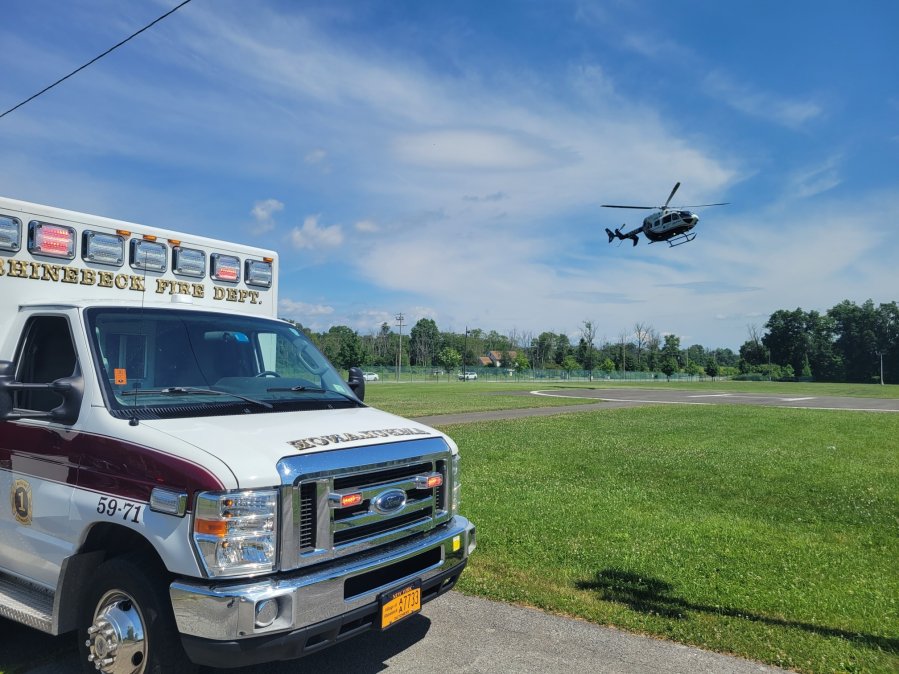 RHINEBECK, N.Y. (NEWS10) – A man was rescued by the Rhinebeck Fire Department after being hit by a tree on Thursday morning. The man was airlifted to Albany Medical Center for his injuries.

Members of the fire department and an ambulance from Northern Dutchess Paramedics were called to the area of Route 9G for a report of a man yelling for help on Thursday just after 10 a.m. First responders found the man who had been pinned under a tree, several hundred feet off the road in the woods.

Fire crews were able to move the tree and EMS personnel took the victim to a prepared landing zone at the Dutchess County Fairgrounds. There, he was placed in a LifeNet Helicopter and flown to Albany Med. The New York State Police and Dutchess County Sheriff’s Office assisted at the scene.