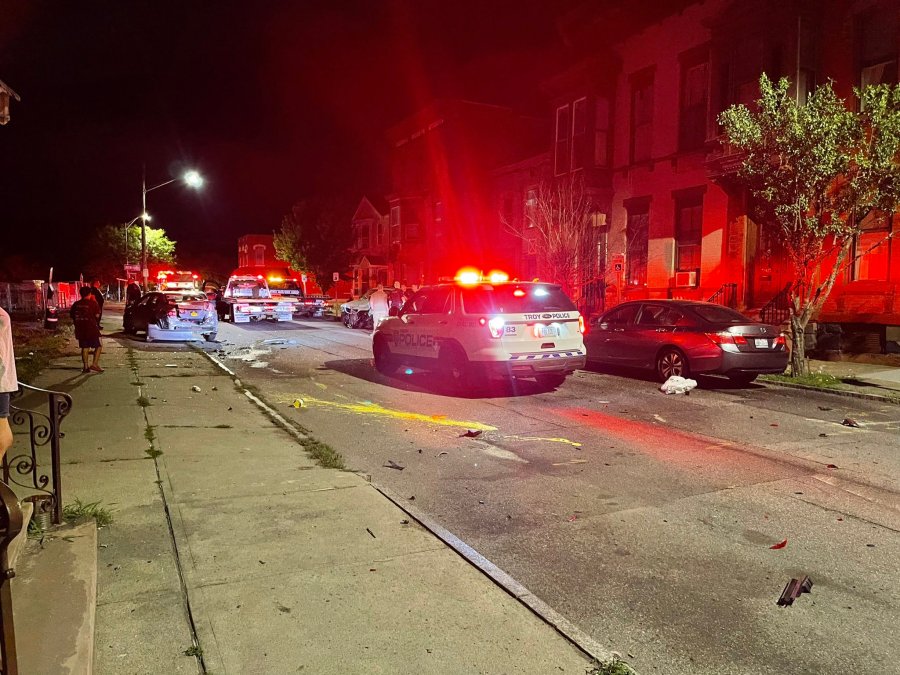 TROY, N.Y. (NEW10) — A Troy man has been charged after crashing into several parked cars while fleeing police on Tuesday night. The Troy Police Department has identified the driver as Rasheed Canada, 41.

Police reportedly tried to conduct a traffic stop on 5th Avenue after seeing a car commit a traffic violation in the area of 6th Avenue at Jacob Street. Police said the driver accelerated instead of stopping and crashed a half block away.

Police said the driver, Canada, got out of the car and fled on foot. He was captured by police not long after.

During the crash, police said a total of eight vehicles were damaged, and two houses had minor damage. Canada was the only person injured during the incident, but police said his injuries are minor.

Canada was charged with unlawfully fleeing the police, a misdemeanor, as well as various traffic violations. He was issued an appearance ticket and released.