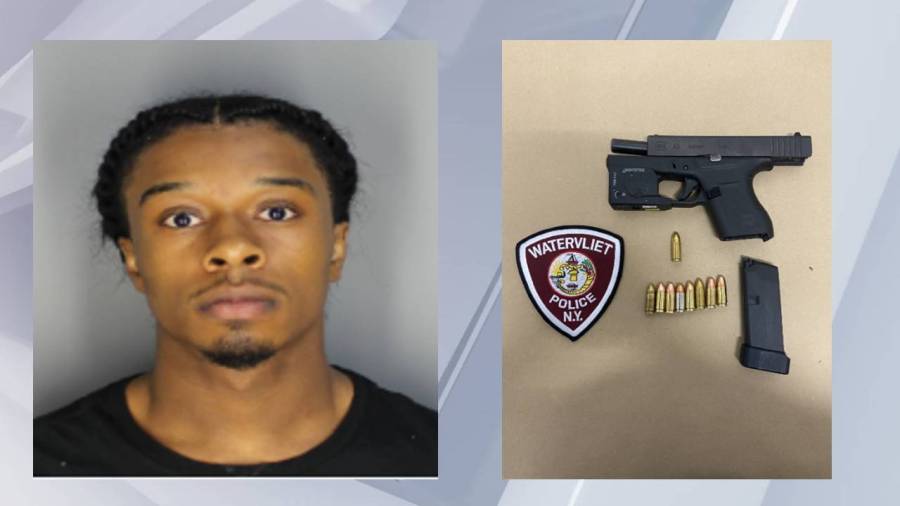 WATERVLIET, N.Y. (NEWS10) – On Monday, the Watervliet Police Department arrested a man on gun and drugs charges during a traffic stop on Fifth Avenue. Police said Quazier J. Wertz, 18, of Watervliet was taken into custody following an investigation.

On June 27, at about 5 p.m., officers conducted a traffic stop after observing a series of traffic violations by Wertz. Police were able to determine Wertz was illegally operating the vehicle.

Wertz was allegedly found to be in possession of a loaded 9mm handgun and over one pound of cannabis. Police said Wertz is currently on NYS Parole for first-degree assault regarding a separate matter.

Wertz was arraigned in Watervliet City Court. He has been remanded to the Albany County Correctional Facility without bail.