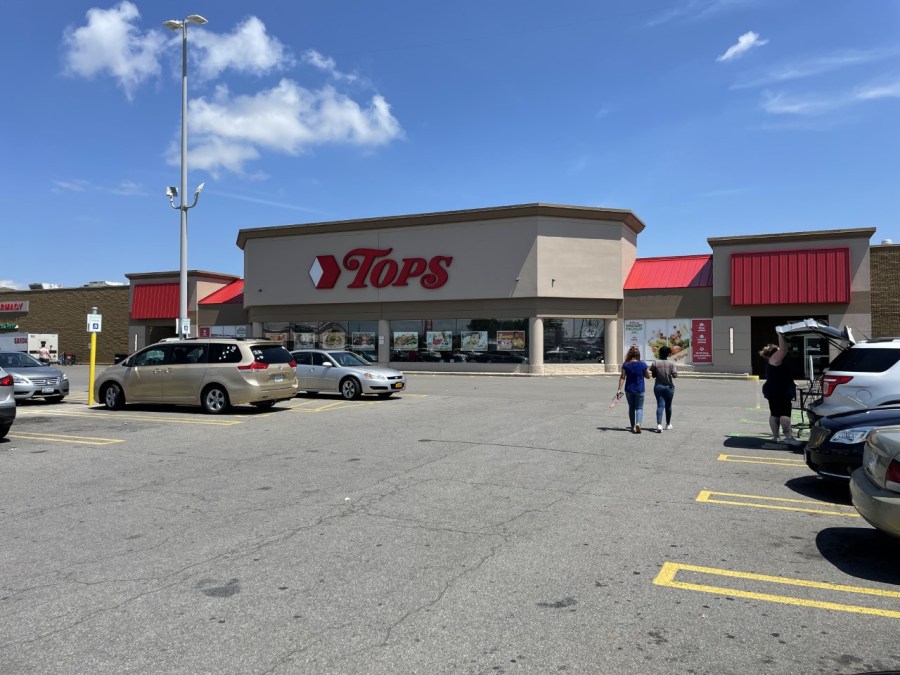 BUFFALO, N.Y. (WIVB) — A man from Lynnwood, Washington, is facing a federal charge after allegedly calling a Tops Markets store in Buffalo and threatening to shoot Black shoppers. Joey David George, 37, called the North Buffalo grocer on July 19 and 20 and threatened to shoot Black patrons, according to the U.S. Attorney Western District of Washington’s office.

In one of the calls, he allegedly referenced a “race war,” the criminal complaint outlined. Law enforcement was able to trace the telephone number and identify George as the caller. The threat against this Tops location, on Elmwood Avenue, came just over two months after a racially motivated mass shooting at a different Tops location on Jefferson Avenue on May 14, in which 10 Black people were killed and three other patrons were injured.

George was charged Thursday in the U.S. District Court in Seattle with making interstate threats. He will make his initial appearance in court Friday at 5 p.m. He’s currently behind bars in SeaTac, Washington, at the Federal Detention Center.

“The Buffalo community is trying to heal from the horrific shooting at a Tops grocery store. I cannot imagine the type of fear such hate-fueled threats engendered in those just trying to go about their daily lives,” said U.S. Attorney Nick Brown, in a statement included with a Friday news release. “We cannot tolerate this kind of hate in our community and will not sit by while people seek to terrorize others across our country.”

George has also been charged for an alleged May 2022 call where he threatened to shoot Black and Hispanic patrons at a restaurant in San Bruno, California, according to the USAO. Over the last year, Brown is also accused of making a string of hate-fueled phone calls to businesses in Maryland, Connecticut, and Washington State. In these calls, George allegedly “used racial slurs and threats to shoot customers at the businesses because of his racial hatred,” per the news release.