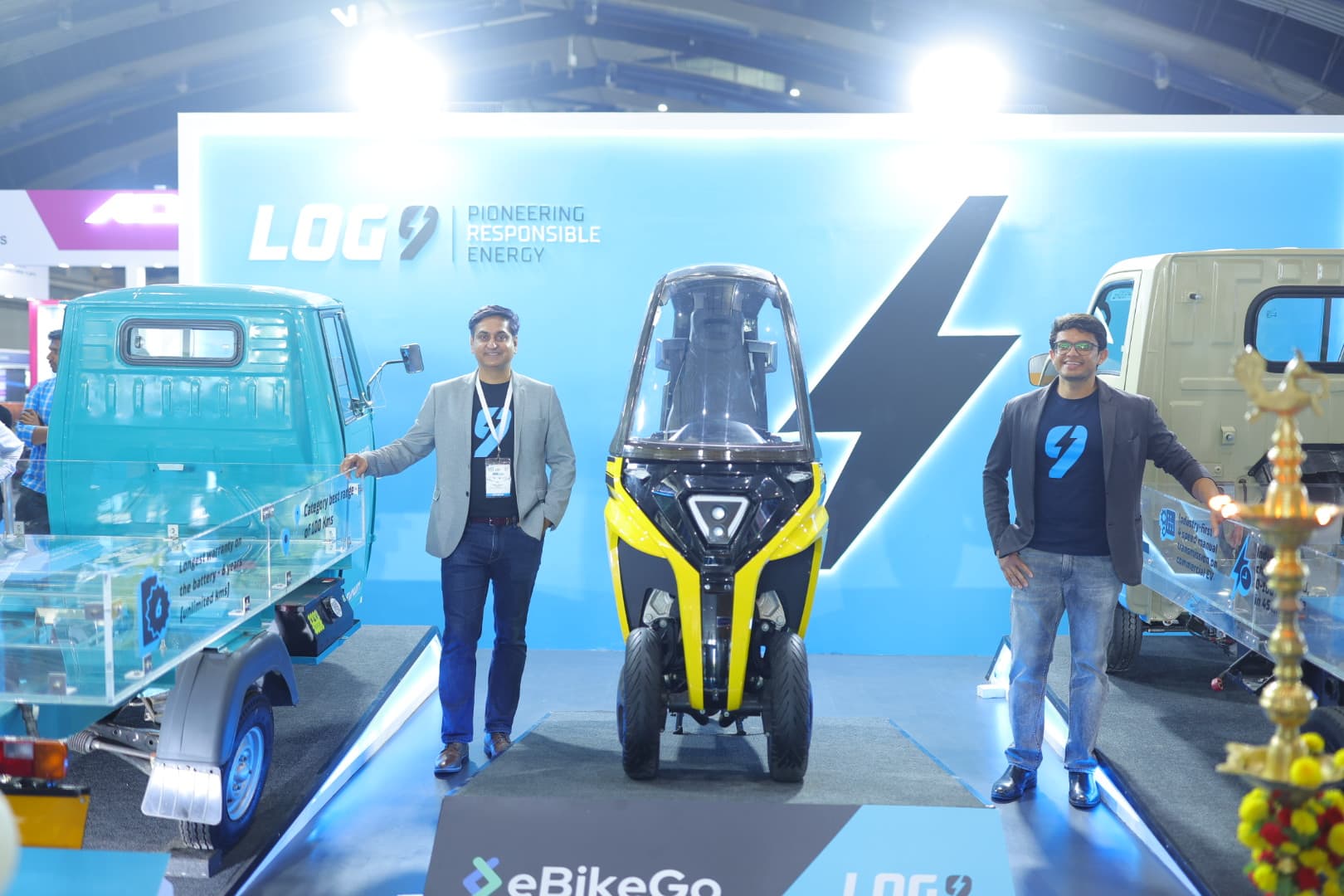 Bengaluru-headquartered advanced battery-technology and deep-technology startup Log9 Materials has showcased its entire range of product offerings and indigenously-developed solutions for the electric vehicle, energy storage and other allied domains at the ongoing Green Vehicle Expo 2022, held at the BIEC Convention Centre, Bengaluru.

The Green Vehicle Expo is an annual event organised in tune with the government of India’s commitment and ambition towards encouraging cleaner and sustainable mobility in India.

In the e-2W segment, the start-up showcased its battery solution with the Quanta e-bike made by Gravton Motors, which holds the distinction of travelling from Kanyakumari to Khardung La successfully.

In the e-3W segment, they are showcasing the Omega Seiki Mobility’s Rage+ RapidEV, which can be charged from 0 to 100 per cent in 35 minutes.

Log9 unveiled an e-3W cargo vehicle Grevol, which it claims is India’s first electric three-wheeler with a load-carrying capacity of more than electric four-wheelers. Both the Rage+ RapidEV and Grevol would be powered by Log9’s newly-launched 7.7 kWH battery pack.

In the electric four-wheeler segment, in collaboration with Northway Motors, Log9 unveiled a retrofitted LCV, which is claimed to be the fastest-charging four-wheeler commercial retrofitted vehicle.

Dr. Akshay Singhal, Founder and CEO, Log9 Materials said, “The overall EV adoption in India today stands at 0.8 per cent, but the country has set goals to achieve 30 per cent EV adoption in the B2C sector and over 70 per cent adoption in the B2B segment by 2030. To achieve such ambitious goals India needs to accelerate EV adoption through technologies made for India, and also, impetus on B2B electrification should be the go-to route to take.”

It is interesting to note that all the above-mentioned e-vehicles under the Log9 brand arsenal are being InstaCharged using solar energy at the expo, in a bid to showcase a net-zero EV ecosystem wherein EVs will be powered by renewable energy. Besides displaying and enabling people to test drive the vehicles, the startup is also demonstrating the complete portfolio of its batteries including RapidX 2000, RapidX 6000, RapidX 8000 and RapidX 15000, and a range of stationary energy storage solutions – ZappUp 4000 and ZappUp 12000.