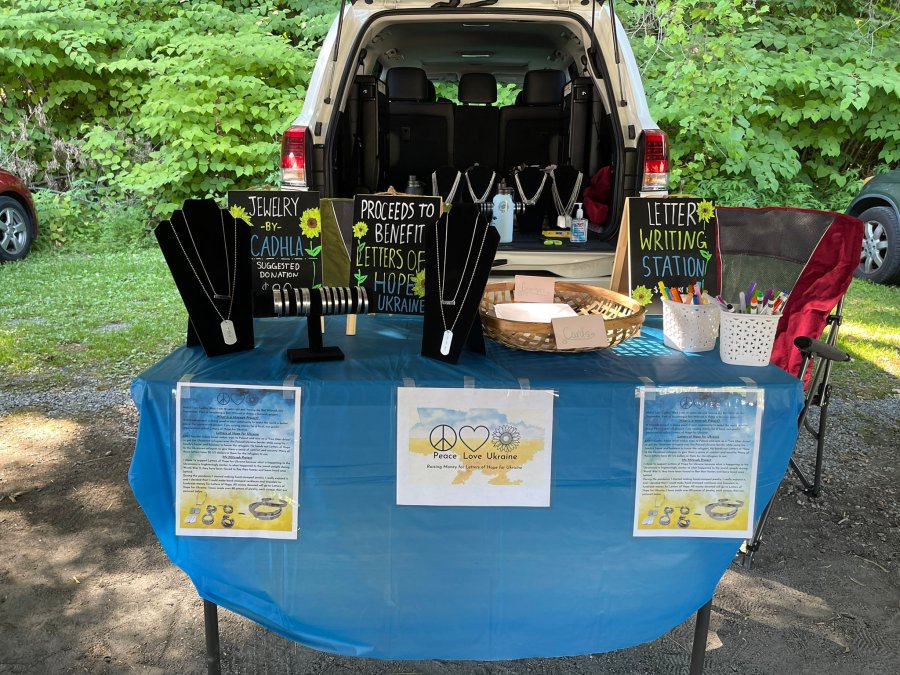 SARATOGA SPRINGS, N.Y. (NEWS10) — A local girl is putting her creativity to good use by doing good, a good deed that is, or mitzvah. Cadhla Weil, 12, is working on a mitzvah project for her upcoming bat mitzvah, something that would do good in her community and the world.

The jewelry she’s making is raising funds for “Letters of Hope for Ukraine,” a non-profit started by Adam Israel, from Saratoga, to provide encouragement and donations to refugees fleeing from Russia’s war in Ukraine. Cadhla saw similarities of what was happening now in Ukraine to World War II.

“Many of the Ukrainians were forced to leave their homes and loved ones behind, so I was, like, that’s what happened to the Jewish people,” Cadhla said. “It’s a very personal connection because I’m Jewish and one of my mom’s friends is Ukrainian.”

While Cadhla’s fundraiser was at the Saratoga farmers market Wednesday, “Letters of Hope for Ukraine” founder Adam Israel couldn’t be there because he is in Poland at the border with Ukraine giving out letters and supplies to refugees.

Visit the Giving Circle website to donate to Letters of Hope for Ukraine.