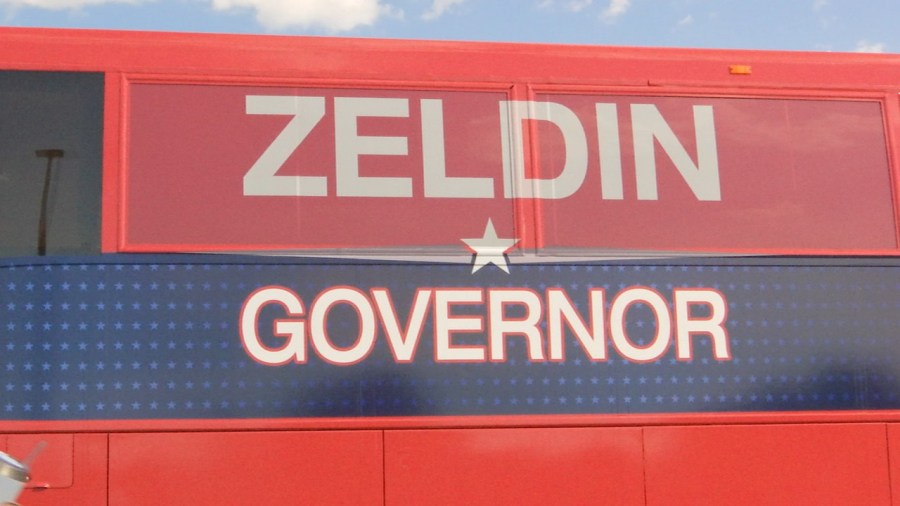 SCHENECTADY, N.Y. (NEWS10) – After recently being attacked while campaigning in western New York, Republican candidate Lee Zeldin is bringing his “Fire Hochul Tour” to the Capital Region this weekend. News10 was able to join the campaign for today’s rallies.

It’s hot out here but that is not stopping Zeldin. He made his way through the Capital Region in his big red buses, making 2 stops in our area along the way. We caught up with the candidate in Glenville and the Saratoga County fair where he was joined by fellow Republicans who support the gubernatorial candidate.

“We need somebody on the second floor because it clear when 319,000 people walk out of your state and your number one in immigration, which the state of New York is, but one of seven states that lost another Congress person because of lost population.  People are voting with their feet,” said Senator Jim Tedisco.

“Our process involves that we share ideas more fruitfully and not resort to the violent episodes that we saw the other day,” said Joe Mastroianni.

Zeldin who was attacked less than three days ago while on tour in the Rochester area blames the attack on failed bail reform. The U.S. Attorney in Rochester said the suspect was arrested and charged with assaulting a member of congress using a dangerous weapon.

Since the attack, Zeldin’s team has ramped up its security efforts. Zeldin said that crimes like this could have been prevented.

“We need to repeal cashless bail.  The attacker Thursday night, within hours was put back out onto the streets because of New York’s cash-less bail,”

Zeldin says he also is also opposed to the unruly and violent behavior that happened on January 6.

“I was inside of the Capitol where we had shooting, we had people are getting hurt we had destruction and I was in that I was in the capital when this all happened, I immediately condemned that violence,” said Zeldin

When it comes to the reversal of Roe v. Wade and the Dobb’s decision Zeldin says that Governor Hochul is spending millions in taxpayer money to bring out-of-staters to New York. News10 ABC has reached out to Governor Hochul’s office but, has yet to receive a response.