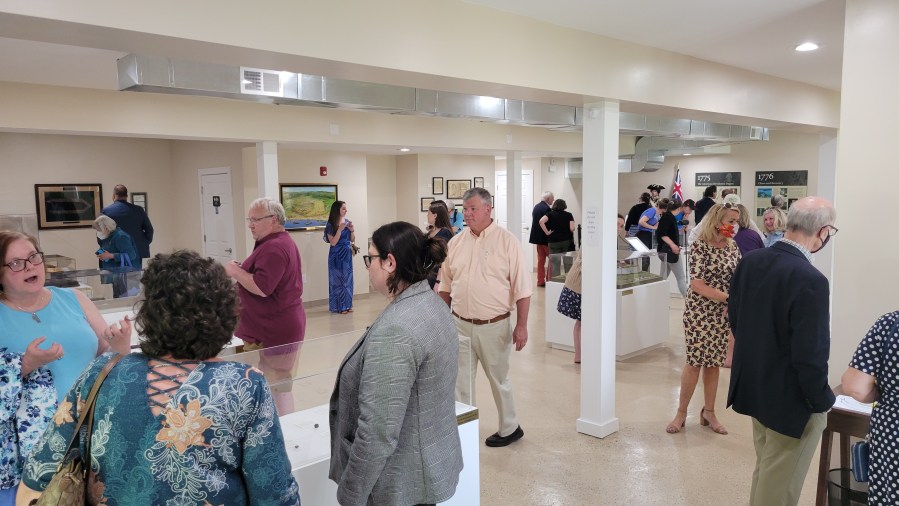 LAKE GEORGE, N.Y. (NEWS10) – Last month, a new visitors center and museum opened at Battlefield Park in the village of Lake George. Starting July 1, the center will be expanding its hours as the summer season gets rolling.

As of July 1, the Battlefield Park Visitor Center will expand to business hours five days per week. The center will operate from 10 a.m. to 4 p.m., Friday to Tuesday, every week until the end of August. That includes both the upper floor visitor center, and the historical museum on the bottom floor, which includes artifacts from the Revolutionary and French & Indian War, as well as maps, renderings and more.

“Those first few weeks taught us much in terms of what is of greatest interest to people – and the best ways to get them to the Center to see what we have here,” said Battlefield Park Alliance President John DiNuzzo. DiNuzzo said that the center museum has seen more attendance and enthusiasm than expected since opening in late May.


Spongy moths backing off around parts of Lake George

The park alliance also offers something extra for those who want to learn more about Lake George history. Guided historical walking tours of Battlefield Park will continue to run at 11 a.m. on Saturdays. The tours include talks on the ruins of Fort George and the burial site of four unknown soldiers whose legacy dates back to the Battle of Lake George in 1755.

The center’s museum floor includes many artifacts excavated by archeologist Dr. David Starbuck, who led a series of digs at Battlefield Park starting in 2000. The project unearthed arrowheads, gun parts, and other items, which, until now, were housed at the New York State Museum.