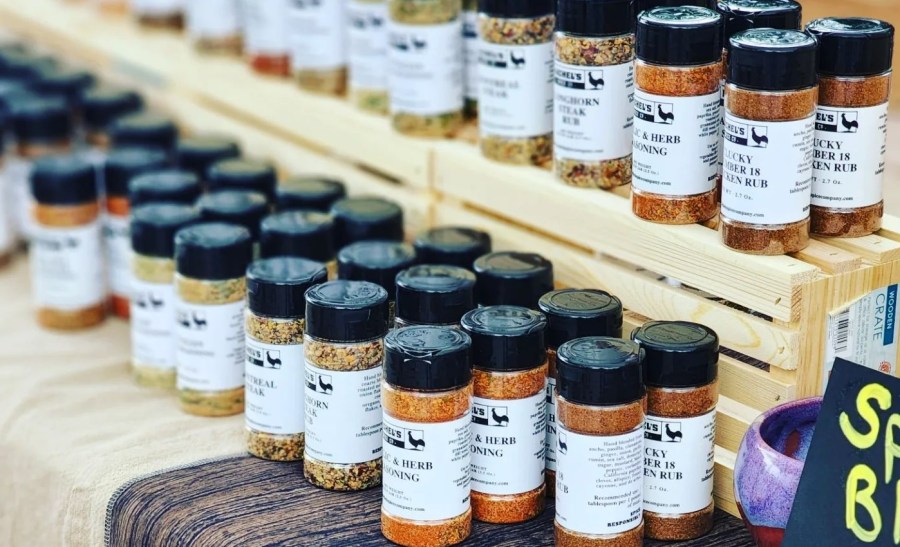 LAKE GEORGE, N.Y. (NEWS10) – The Adirondack Outlet Mall is home to a lot of stores, many of them smaller locations tied to large chains like L.L. Bean and PacSun. The outlets are a mass of activity during a Lake George summer tourist season – a fact which benefits any business there, big or small. This week, a family-owned business has signed a lease among chain-sized neighbors and is ready to spice things up.

On Monday, Rachel Dutra signed the lease on a new home for a new location for Winklepickers – a family-owned gift and novelty shop that has operated on Canada Street in Lake George since 2021. In addition to home decor and souvenirs, the shop’s new location will also serve another purpose that it’s Lake George sibling does – a physical location for Dutra’s other business, Rachel’s Spice and Tea Company.

“(The Outlet location) is going to allow us to re-establish ourselves with the locals, because the location is a little more accessible than the village,” said Dutra. “We’re working on reach, and this is going to help us expand our reach.”

Rachel’s Spice and Tea Company started out in Glens Falls in 2018, introducing a cafe that operated from that September to June 2022. Dutra closed the cafe earlier this year, in large part to work on a better work-life balance at a point where the company footprint had expanded. Winklepickers had already become another home for her signature, hand-blended spices – ranging from classic Montreal and Greek seasonings to specialty blends, like the popular Adirondack Sunrise and its mix of paprika, salt, pepper, garlic and a hearty helping of rosemary.

The problem: Dutra’s Glens Falls customer base didn’t want to travel to the village of Lake George, which during the summer becomes swarmed with traffic as tens of thousands of tourists visit from out of town. The new outlet location is closer to Glens Falls, and closer to the Northway, which Dutra hopes to use as a way to reconnect with her base and reach even further to new customers.

The new second home of Winklepickers is 3,200 square feet. That’s a big space for the business, enough so that Dutra doesn’t even plan to use all of it upon first opening. The new location is situated near L.L. Bean and Eddie Bauer. It’s also a great place to work from, a few months after her brand got a big boost from a locally-linked celebrity, which opened up new doors for the online portion of sales.

“It used to be, if we had an online order a month, I was killing it. Ever since Rachael Ray gave us exposure on her show back on Christmas Eve – and since we moved to Lake George – it’s a couple a day. To me, that’s like a 9,000% increase,” Dutra said.

Dutra’s spice blends come from supplies she sources in quantities as high as 25 pounds at a time. The Adirondack Sunrise is her most popular – enough so that the care she once ran had a sandwich named after it. Other big sellers include seasonings for burgers, dips, and soups. When Rachael Ray used part of the Rachel’s brand on TV, it was a simple blend of salt, pepper and garlic that did the job.

Although she can’t source all her ingredients locally, Dutra does prioritize other businesses at a similar scale to her own. She works with three wholesalers and does most of her business with a family-owned one. The prices aren’t always the lowest, but the quality is the highest, and the kinship makes it all worthwhile.

“I’m not looking to make some really niche-y spice you’ll use once a year. I look to make things that I would use all the time in my own daily life.”

Winklepickers’ new outlet location is slated for an opening on Nov. 1. Meanwhile Dutra is also planning to launch a YouTube channel, to demonstrate how some of her homemade blends can be used to make someone’s favorite recipes shine brighter.