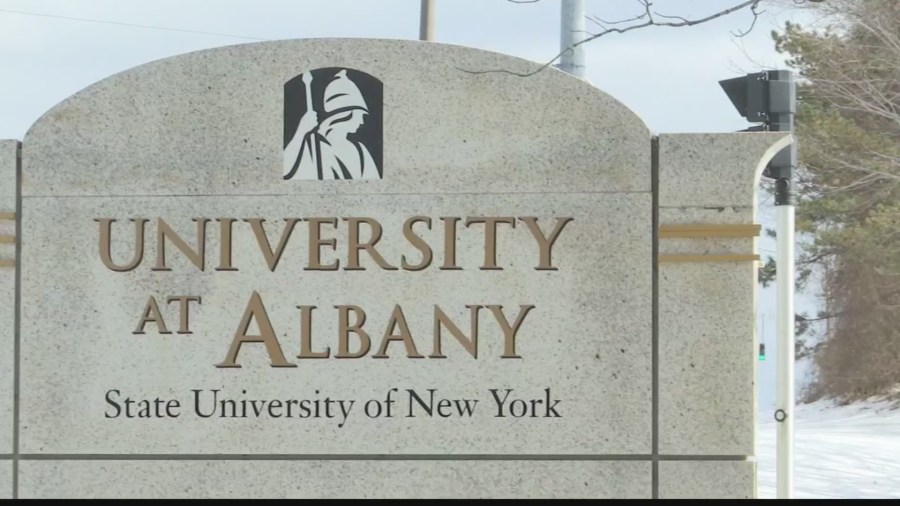 ALBANY, N.Y. (NEWS10) — University Police at UAlbany are investigating an armed robbery and kidnapping. The incident took place around 5:15 p.m. Monday near the I-90 entrance of the Uptown Campus.

Police said a couple pulled onto campus to tend to a flat tire when two males approached them. One suspect allegedly displayed a handgun and demanded their belongings. The suspects reportedly left the scene after taking a child from the vehicle.

They described the suspected vehicle as a silver sedan, possibly an Infiniti or Lexus. They then refused to cooperate further and left the scene, police said.

Police do not believe anyone involved is associated with the University at Albany nor do they believe there is any ongoing danger to the campus. Anyone with information is asked to call the University Police Department at 518-442-3131.